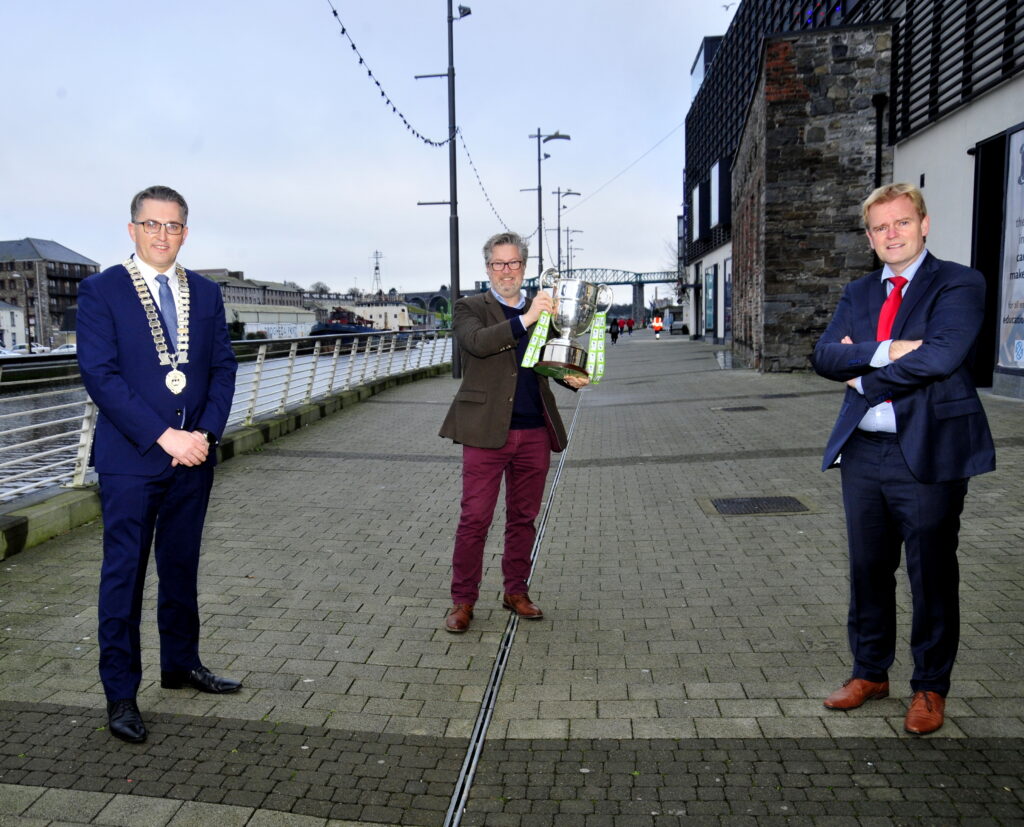 One of the great things about winning the First Division is actually getting some silverware!

For players and fans, getting a chance to lift a trophy is a reward for all their hard work and support over many years – it’s the fruit of their labours.  In a similar vein, last week we visited many of our sponsors and gave them a chance to hold the trophy.  For all of them, as employers and contributors to our local economy, it’s great to be associated with success for Drogheda as a club and a town, and we are delighted to be able to reward them for all of their support.

So, a huge thank you to our friends at Scotch Hall, Anglo Printers, Specsavers, Blackstone Motors, and Integral Fitness and Leisure, and many more – we couldn’t have done it without you!

Peter Dolan – Scotch Hall: “I think it has been a fantastic season for the guys up in Drogheda United and in particular to come back after last year.

“I remember being in the Westcourt Hotel last year, at the awards and the lads hadn’t made it to the Premier so to be able to pick themselves up and come back is a real strength of character, for the team, but also the whole management team behind them and the whole background team behind them.

Peter Kierans – Anglo Printers: “We’re delighted that Drogheda were successful in getting promoted. I’m delighted to say we’ve just renewed our sponsorship with Drogheda United for the third season.

“Anglo Printers are very happy once again to be working with Conor and the team and hopefully we can see fans back in the stadium this season, and we can all get up and get behind the boys.”

Noel Stewart – Blackstone Motors: “Congratulations to Drogheda for winning the league this season. We’re delighted at Blackstone Motors that Drogheda turn up to all the away games in a Renault Trafic supplied by ourselves.

“We’re going to continue this sponsorship on for, please god, many years to come. We’re delighted to be associated with Drogheda. It’s been a long time coming. From Blackstone Motors point of view, we’ve always looked at Drogheda as a being a little sleeping giant over the last few years.

So, from our perspective, we’re delighted that there is some success coming back to the town and delighted that Drogheda are back in the Premier where they need to be.”