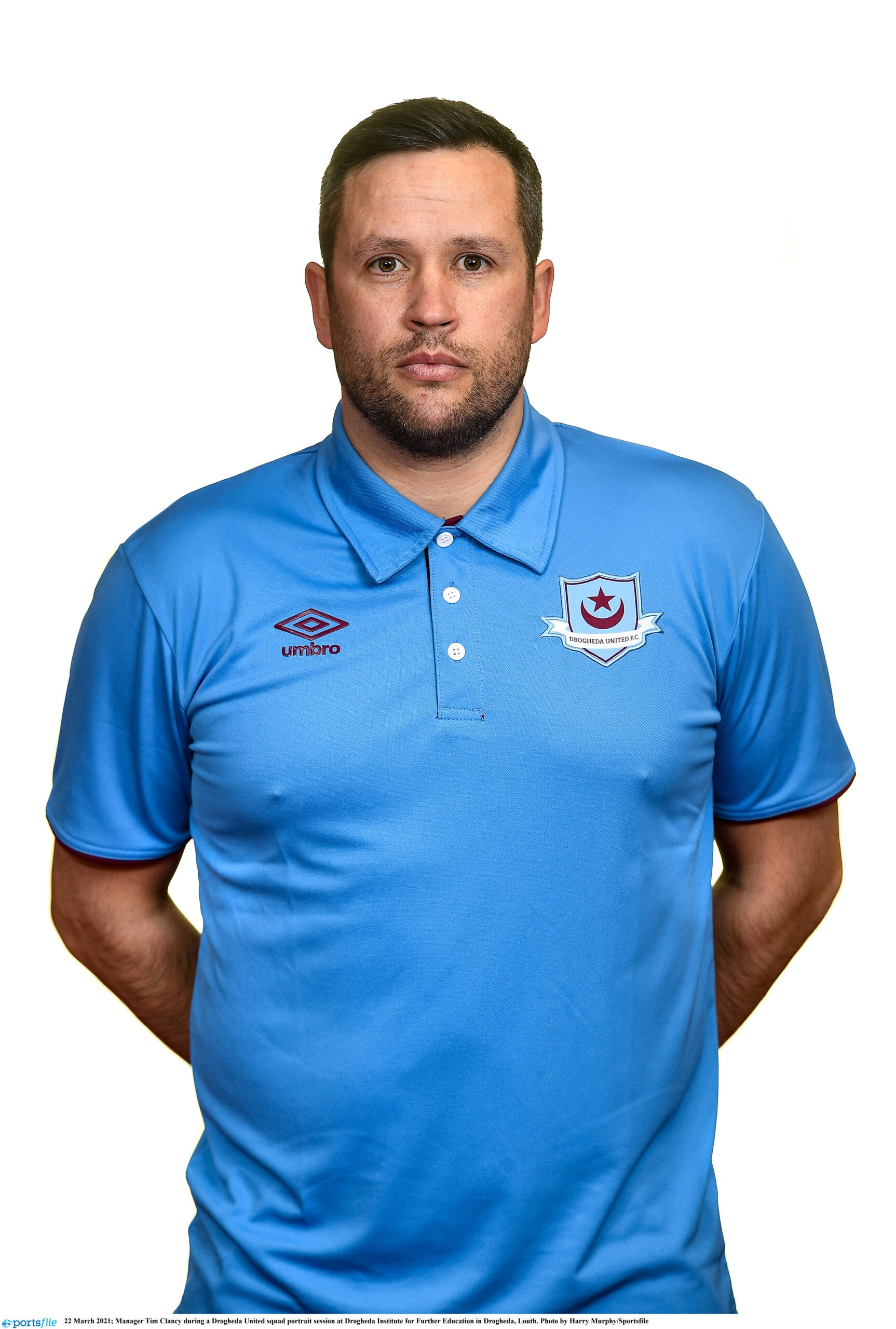 After a spell playing with Millwall, Tim Clancy played in non-league football for a number of years, most notably with Fisher Athletic.

2007 saw Clancy move to Scotland and sign for Kilmarnock where he made 73 appearances.

After four years with Kilmarnock, Clancy signed for Motherwell in 2011 before later playing with Hibernian and St Johnstone.

A return to Ireland in 2015 saw Tim sign for Shamrock Rovers. In July 2015, Clancy signed on loan for Sligo, later signing for the Bit O’Red for the 2016 season.

Clancy played the last 18 months of his playing career with Bray Wanderers, making 39 appearances for the Seagulls before being named Drogheda United manager in December 2017.

In October 2018 it was confirmed Clancy would remain with the club for the 2019 season.