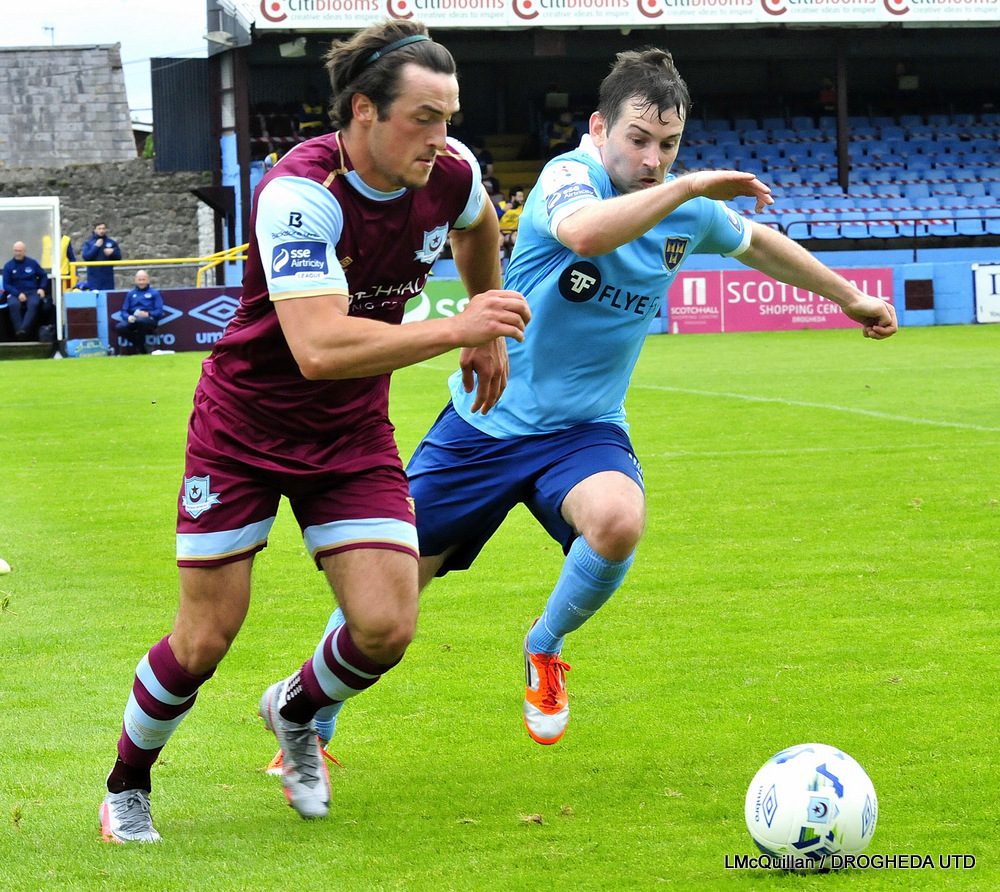 Drogheda United played their final friendly on Saturday against Shelbourne before the resumption of the league next week.

A Jordan Adeyemo penalty gave the Drogs the lead at half time. However, a fantastic strike by Eric Molloy levelled it in the second half, before with the last kick of the game, Dayle Rooney scored to give Shels the win.

Luke McQuillan caught up with Drogs defender James Brown after the competitive encounter.

“It was a tough one to take. Even though it’s a friendly you don’t want to be losing them and especially in the way we did.

“I thought we played very well. We looked fit and sharp which is the main thing so there is some good positive signs heading into the season next week,” Brown explained.

Brown, who captained Drogheda midweek in the friendly against St. Patrick’s Athletic, also gave his thoughts on the protocols and regulations currently in place to allow football to return.

“The protocols have been a bit strange purely because there is a lot of change. It’s a weird one not being in the dressing room before games or before training but it is something we all have to obey by.

“It doesn’t really affect us majorly, it is on the pitch we are really focusing on,” Brown said.

The Drogs will travel to Tallaght Stadium on Sunday, August 2 to face Shamrock Rovers II in the first game since the resumption of the league.

“I’m really looking forward to it and I know all the lads are aswell. We looked sharp and had good performances in the 3 friendly games against decent opposition. Personally, I am feeling fit and ready to go again.”

With the league now shortened to an 18 game season – 3 of which Drogheda have already played – Brown admitted the target has to be to hit the ground running.

“100%, it is all about getting points on the board. We’ve to try start off with nothing less than a win, which will give us great momentum and confidence heading into the following games and the remainder of the season,” Brown said.