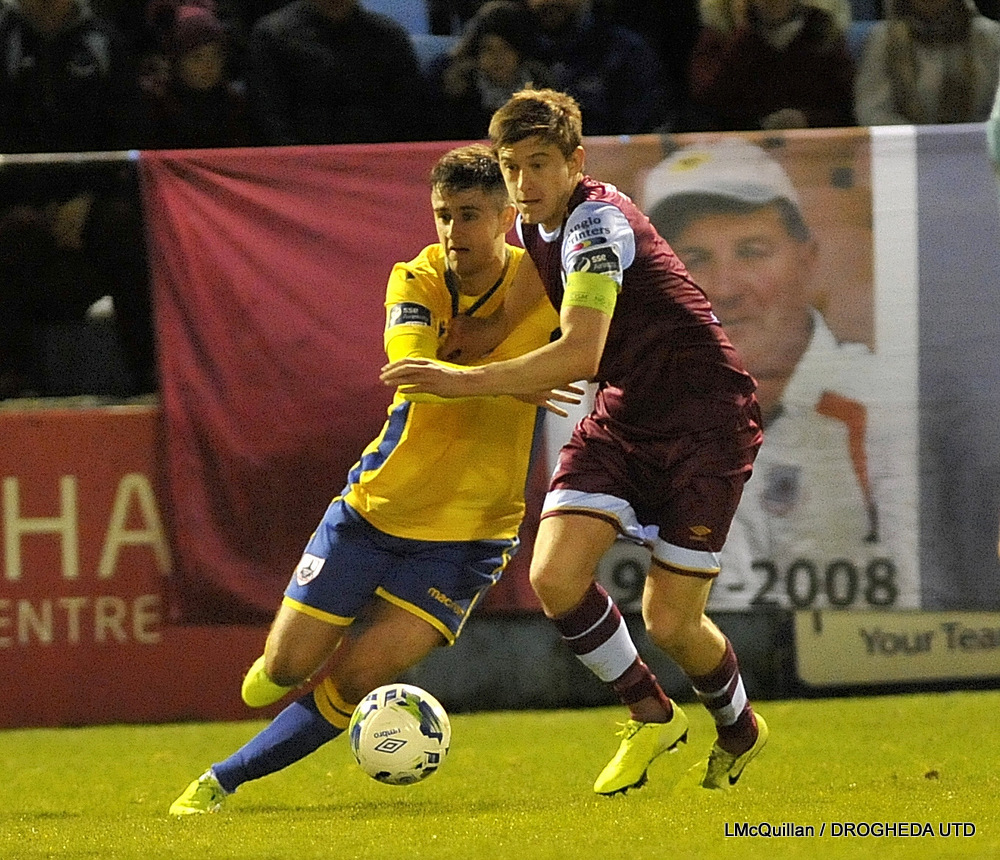 Drogheda United fell to a 1-0 defeat to Longford Town at United Park on Friday night as Sam Verdon’s first half tap in gave Daire Doyle’s side all three points.

The visitors were the better side in the first half and both Dylan Grimes and Adams Evans went close early on, Evans seeing his shot deflected into the side netting by James Brown.

Aodh Dervin went close from the corner that followed but his effort was saved by Odumosu. However, Longford hit the front after 21 minutes with what would prove to be the winning goal.

Shane Elworthy broke down the right as two Drogheda defenders slipped. The former Drogheda fullback cut the ball back and Sam Verdon tapped in from close range.

That goal saw Drogheda step up a gear and Chris Lyons had a goal disallowed five minutes later for a handball as he controlled the ball after Brown and Wixted had worked a move well.

Drogheda piled on the pressure in the last five minutes of the half but Longford goalkeeper Lee Steacy was equal to everything. A Jack Tuite header at the backpost was first to be denied before Luke Heeney’s effort from distance was palmed over the bar.

The second half started as the first half ended but Drogheda failed to find an equaliser as O’Farrell headed wide and Doyle saw his strike saved by Steacy after Lyons scooped the ball over Longford’s defence into his path.

Longford would hold out for all three points, with man-of-the-match Lee Steacy again coming to the rescue. First, a combination of Steacy and Dylan Hand cleared a Sean Brennan effort off the line.

Then, with the last kick of the game, after being found in the box by Hyland, Chris Lyons was again denied by Steacy in a one-on-one deep in injury time.