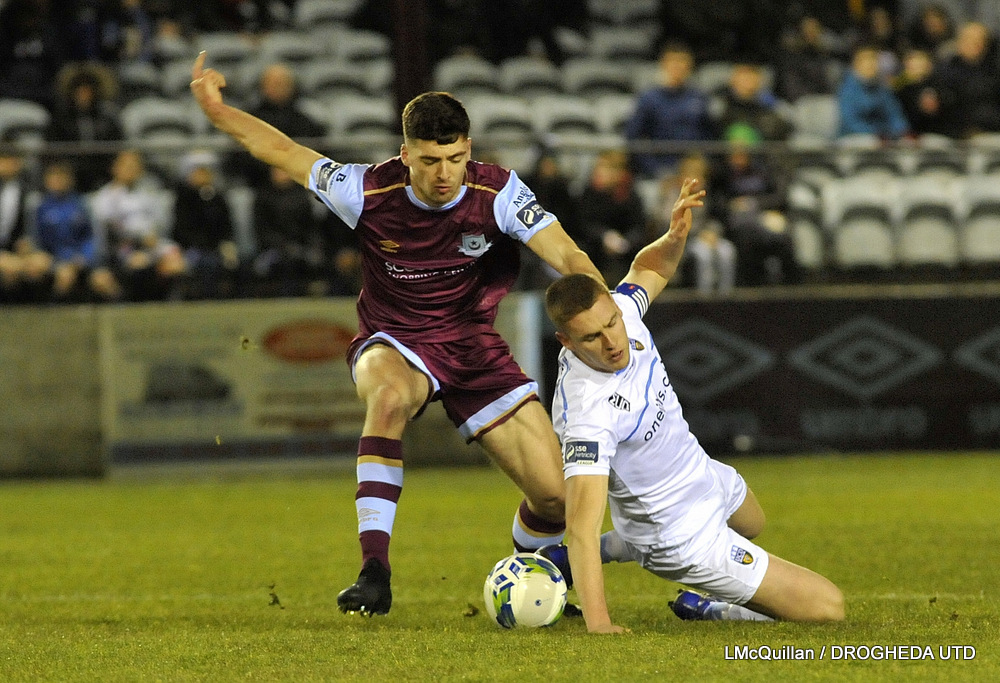 Drogheda United returned to winning ways with a comprehensive 5-1 win over UCD AFC at United Park on Friday.

Tim Clancy’s side looked dangerous from the off with Jordan Adeyemo, Richie O’Farrell and Jack Tuite all firing off target in the opening minutes.

It took just eight minutes for Drogheda to hit the front as Luke Heeney’s cross from the right found Mark Doyle who fired into the far corner on his right foot.

A minute later it was 2-0. Conor Kane won the ball back on halfway and found Lyons. The forward turned and played in Jordan Adeyemo who, on his first league start, slotted under Lorcan Healy to double the lead.

It was 3-0 after 17 minutes as Hyland and Adeyemo linked up with the teenager squaring the ball to Lyons who curling the ball low past the UCD keeper.

The home side could have been four ahead after half an hour as Brown started another move, finding Doyle who played O’Farrell. O’Farrell split the UCD defence finding Lyons who saw his effort saved well by Healy with Brown’s follow-up effort put out for a corner.

The fourth goal would come from that corner. Luke Heeney delivered from the left, Jack Tuite’s first effort was saved but he headed in the rebound from close range, 4-0 after 32 minutes.

UCD had a rare chance just before the break as Evan Weir won the ball off Mark Doyle, finding Mahdy on the counter.

Mahdy split the defence, finding Liam Kerrigan but one-on-one with Odumosu, the UCD midfielder dragged his effort wide of the far post.

Kerrigan did however make it 4-1 in the second half as he skipped over a challenger from Hyland and beat a number of Drogheda defender before curling an effort into the bottom corner on the outside of his right foot.

Drogheda restored the four goal lead less than ten minutes later when Adeyemo, played in one-on-one by Lyons, was fouled in by box by goalkeeper Healy.

A penalty was awarded and Sean Brennan stepped up, making no mistake, scoring his second goal of the season and sealing a 5-1 win for Drogheda, with five different players on the scoresheet.