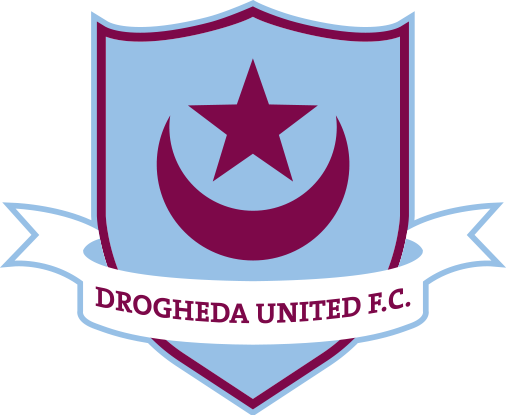 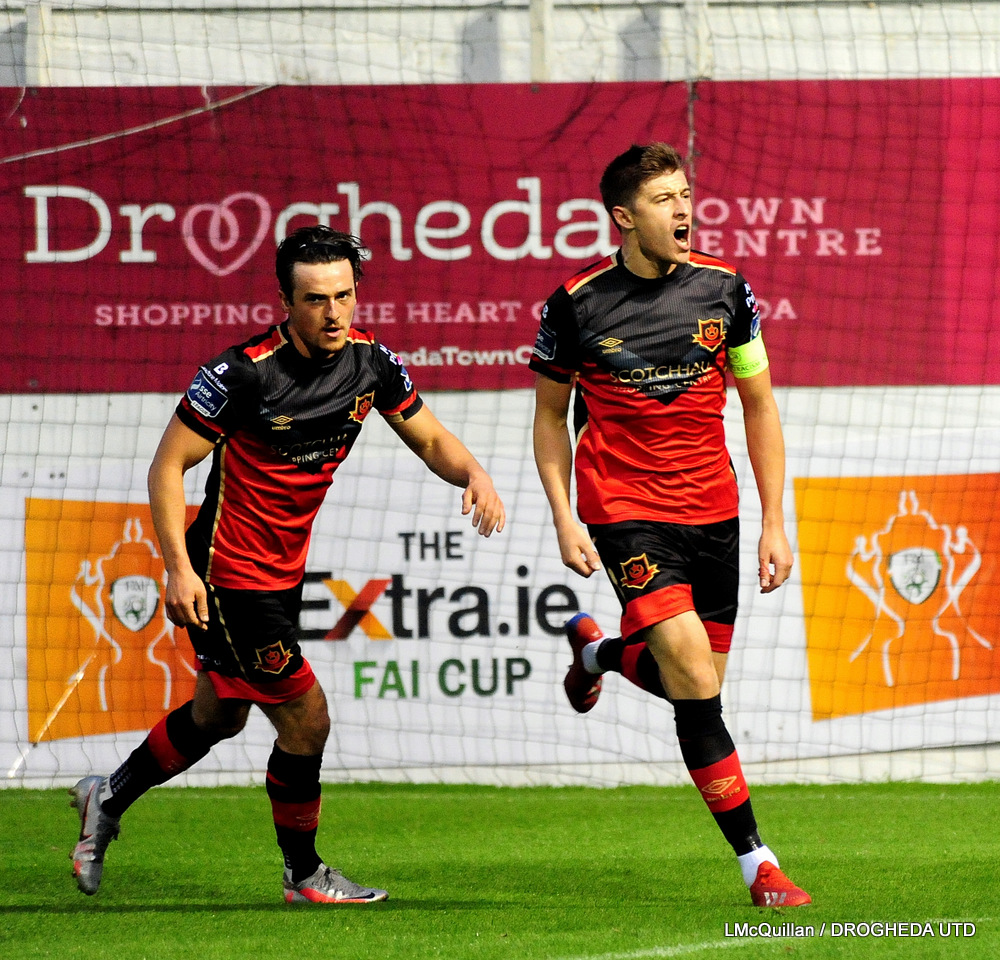 A brace for both Jake Hyland and Mark Doyle, along with a last minute Stephen Meaney header saw Drogheda United beat Cabinteely 5-1 at United Park on Monday night.

It was the visitors who took the lead after eight minutes after Vilius Labutis was fouled on the edge of the box.

Cabinteely captain Paul Fox stepped up and fired a brilliant free kick over the wall and past Drogheda keeper David Odumosu.

Drogheda were level just three minutes later through captain Jake Hyland. Lyons was found on the right and held the ball up well under pressure from Lotefa.

Lyons delivered a cross to the back post towards Doyle who rose high for the header but the ball fell for Bermingham who struck goalwards, with Hyland tapping in at the back post to level.

Conor Kane and Mark Doyle, both aged 21, were making their 100th competitive appearances for the club, and both were involved in Drogheda’s second goal of the game.

Kane’s cross from the left wing found Bermingham at the back post. The winger couldn’t turn it goalwards but the ball came back towards the penalty spot and Doyle beat a Cabinteely player to the ball, producing a looping finish into the net to give Drogheda the lead.

Cabinteely went close to equalising eight minutes later when Marty Waters played a clever ball over the top of the Drogs defence to find Paul Fox.

Fox done well to turn and get a shot away but was denied by a brilliant goal line clearance from James Brown.

Drogheda had two chances to add to the lead before the break as Doyle first headed  wide from a Hyland free.

Then Bermingham and Brown linked up on the right with the full back playing a superb ball to the back post to Doyle.

His first time effort was well saved by Chambers before Hyland’s rebound on his left bounced just wide of the far post.

The lead was extended on the hour mark when Drogheda were awarded a free on the edge of the box after Stephen Meaney evaded a number of challenges before being fouled by Lotefa.

Jake Hyland stepped up and fired a stunning free kick into the top corner for his second of the game, leaving Cabinteely keeper Chambers with no chance.

It was 4-1 just minutes later as Kane drove forward from his own half before the ball fell to substitute Clarke who saw his effort parried by Chambers.

Lyons kept the ball in, finding Doyle at the back post, who made no mistake, tapping in from close range for his 30th goal for the Boynesiders

Hugh Douglas went close to a fifth as he headed a Hyland corner wide before Cabinteely had a great chance to get a goal of their own back.

Steven Kinsella’s cross fell to Robert Dunne after Prendergast could only half clear but Dunne’s effort bounced wide.

Drogheda found a fifth in the last minute as Adeyemo won the ball back on the right before linking up with Wixted.

He found Kane who crossed for Meaney at the back post to head in from close range.