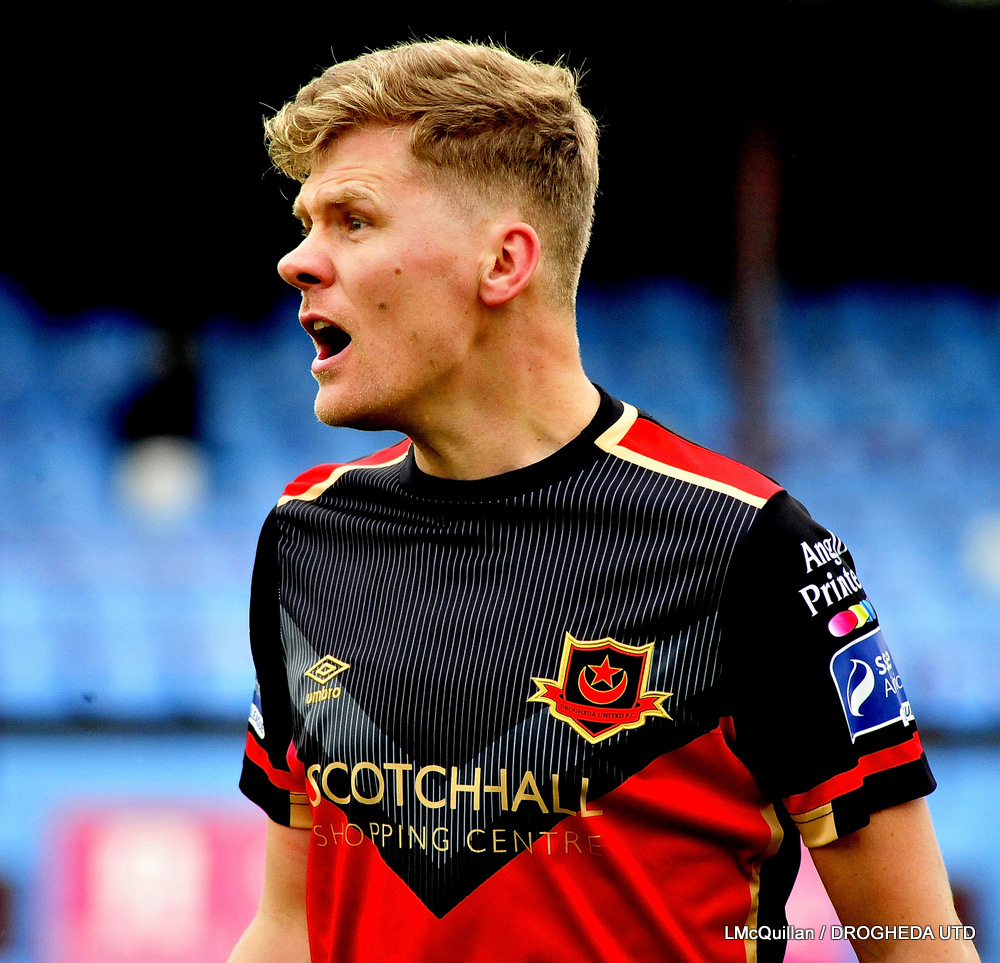 It was Wexford who had the first chance in the opening minute as Charlie Smith cut the ball back to Karl Fitzsimons, but the former Drogheda underage player saw his effort brilliantly blocked by Hugh Douglas.

Drogheda could have hit the front two minutes later as Bermingham and Brown linked up well on the right, with Brown collecting the one-two, working his way into the box, and finding Lyons.

The forward, slightly off balance, failed to hit the target however as he fired over the bar.

Mark Hughes was next to try his luck as he connected with a Hyland corner at the back post but his effort was blocked well by a defender.

Tim Clancy’s side found the opener after nineteen minutes as Hyland’s corner found Douglas who headed back across goal to Prendergast and the defender made no mistake, heading in from close range for his first goal of the season.

Drogheda could have doubled that lead minutes later as Lyons dispossessed Crowley on the edge of the box but then dragged his shot wide of the far post when one-on-one with Tom Murphy.

Hyland went close to scoring Drogheda’s second in bizarre fashion after 63 minutes as his free kick from five yards inside the Wexford half, beat the opposition keeper Murphy and went narrowly wide of nestling in the far corner of the Wexford net.

Five minutes later, Drogheda again went close as substitute James Clarke got away from his man and found Heeney, now playing on the right wing.

Heeney took the ball down the line before crossing to the back post where the ball was met by Doyle but the winger could only hit the side netting from an acute angle.

Half chances followed as Hugh Douglas headed straight at Murphy from a Hyland corner and Clarke shot wide from an audacious overhead attempt from the edge of the box before Drogheda finally doubled the lead.

That goal came on 78 minutes as Jake Hyland cut out a pass and found Mark Doyle who took the ball past two Wexford players and fired into the far corner for his thirteenth goal of the season.

The final chance of the game would fall to the visitors as a free kick from the left found Nwanze in the box but he headed over Odumosu’s bar from close range.