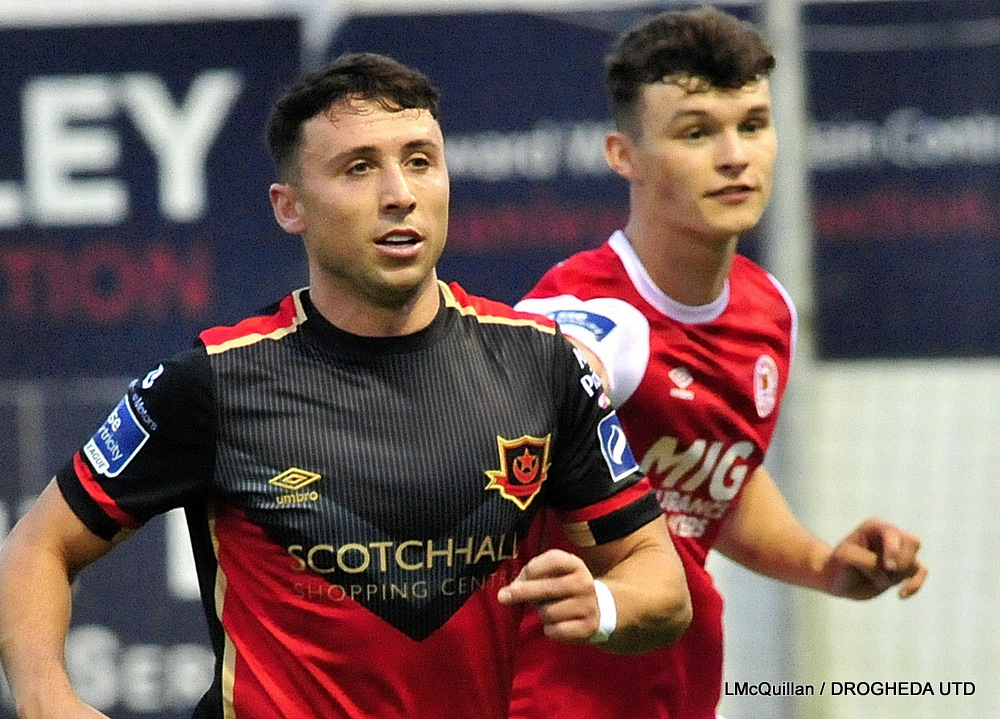 Tim Clancy’s side were on the front foot from the off as Wixted found himself central and played in Meaney but the forward saw his effort rise over the bar.

Kearns was called into action minutes later as James Clarke, cutting in from the left, stung the palms of the Pats keeper from 25 yards.

Clarke turned provider two minutes later, as Drogheda pressed the Pats defence, winning the ball. Clarke squared to Meaney who was only denied by a last gasp challenge by a Pats defender.

With 25 minutes gone, Pats had their first clear cut chance as a corner saw Prendergast’s header land at the feet of Paul Cleary.

The Pats defender looked to find the far corner but dragged his shot wide of Gratzer’s far post.

Brown broke down the right wing, playing a one-two on his inside to work his way into the box, before forcing Kearns into a great save, palming Brown’s strike onto the bar.

Both sides would have one final chance before the break, with Kearns this time denying Meaney.

The Drogheda forward had won the ball back, turned and looked to curl to the far corner but the Pats keeper done well to tip the ball over the bar.

Jordan Gibson could have given the visitors the lead on the stroke of half time, capitalising on a mistake at the back, but fired his strike wide of the near post.

Drogheda had the first chance of the second half as Brandon Bermingham took the ball to the byline on the wing. His cut back found Luke Heeney, forward from right back, but he failed to hit the target.

The goal did come on the hour mark though as Kane beat his man before finding Doyle.

Doyle then found Lyons with a through ball before Lyons beat his man and found Jordan Adeyemo at the back post. Adeyemo made no mistake, finished neatly to round off a superb Drogheda move.

Pats found an equaliser with fifteen minutes to play, as a deflection saw Jason McClelland’s strike from the edge of the box beat Gratzer.

Ian Bermingham fired wide after Drogheda only half cleared a Pats corner with what would be the final chance of note on the night.