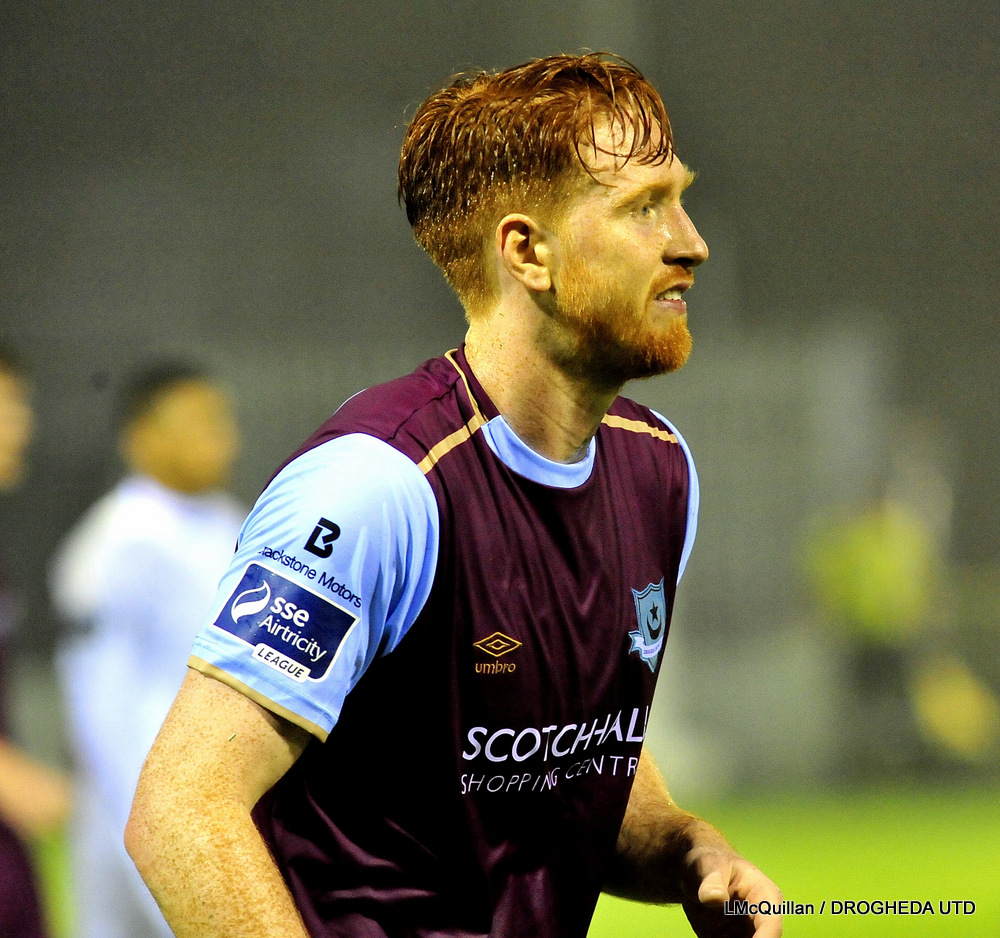 A first half Chris Lyons penalty saw Drogheda United return to winning ways with a 1-0 win over Galway United on Monday.

The visitors had the first chance of the game after six minutes when Stephen Christopher broke forward on the right but dragged his shot wide.

Shane Duggan then delivered a dangerous free into the box, a number of Galway players attacked the ball with Drogheda clearing one off the line before clearing the ball altogether.

Drogheda hit the front on twelve minutes from the spot after Chris Lyons was upended in the box by Jack Lynch. Lyons stepped up and rolled the penalty straight down the middle to give Drogheda the lead.

Duggan fired over the bar for Galway before Lyons hit one wide for Drogheda before Odumosu almost grabbed an assist from a quickly taken kick from his hands.

The keeper saw his long ball misjudged by Galway keeper Matthew Connor, allowing Lyons in on goal, only to be denied by a last ditch tackle by Maurice Nugent.

Drogheda captain Jake Hyland hit a free over the bar before Galway broke through Shane Doherty. He found Duggan on the left in the box but he fired wide of the near post under pressure from the sliding James Brown.

The last chance of the half fell to Drogheda as Prendergast’s defensive header inside his own half somehow found it’s way through to Lyons.

Galway keeper Connor done well though, denying Lyons with his feet in a one-on-one.

Shane Duggan again was at the centre of Galway’s attacking play in the second half, seeing an effort rise just over the bar minutes into the second forty-five.

A minute later, Bermingham beat his man, splitting the defence to play in Meaney but the Drogheda forward was denied by Connor who again saved with his feet.

Galway went close to equalising with twenty minutes to play with substitute Lomboto at the centre of the move, holding the ball up in the box before finding a teammate who saw his shot saved low to his right by Odumosu.

Two minutes later, Meaney held the ball up on the edge of the box, finding O’Farrell who played in Brown but the full-back saw his effort saved by Connor.

With five minutes to play, Galway were awarded a free on the left. Conor Barry delivered the ball to the back post to Maurice Nugent but the centre half headed against the outside of the post.

Connor again denied Drogheda in the final minute of normal time as James Brown relieved pressure following a Galway free a corner by breaking down the left on a counterattack.

The full-back played in Bermingham but again Connor produced a fine save to deny a Drogheda player in a one-on-one.

That would be the final action of the game as Drogheda moved back to second in the league with a trip away to Wexford on Friday up next.