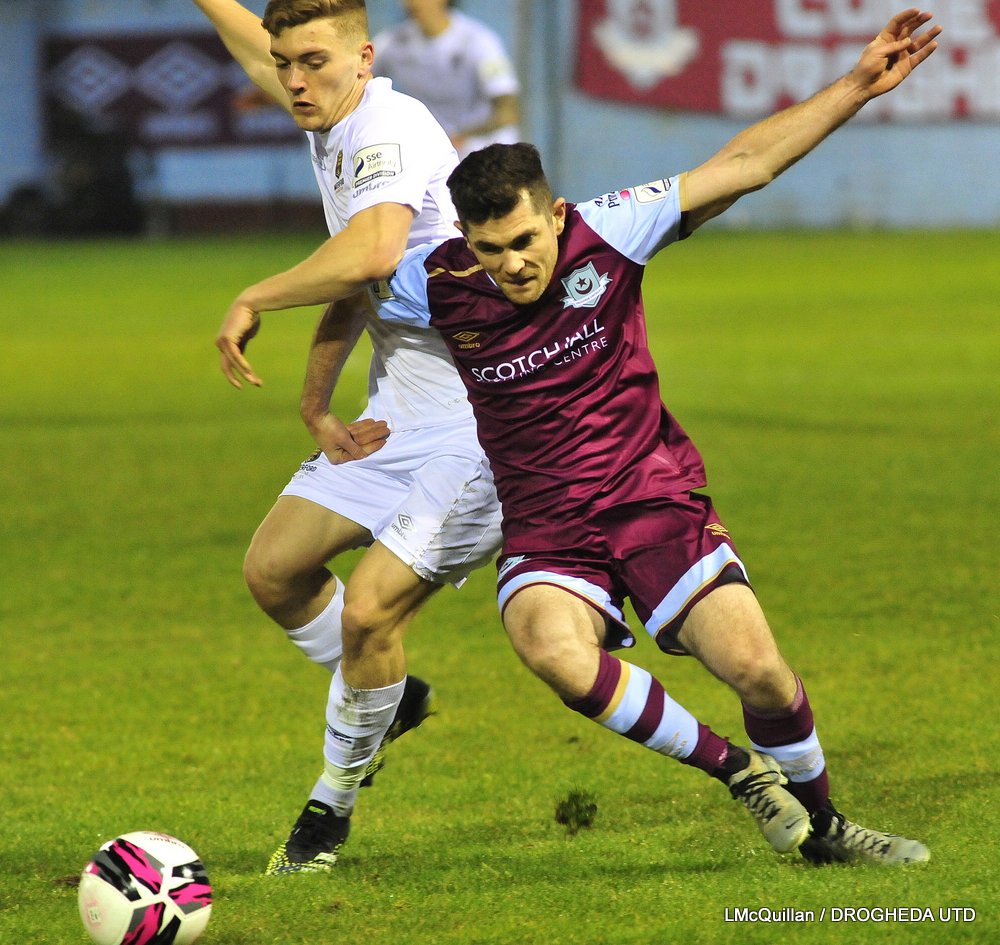 James Brown started on the front foot, making a number of driving runs down the right wing. The third of these saw the full-back cut back inside but his strike was straight at Brian Murphy in the Waterford goal.

Clancy’s side continued to press and almost hit the front on ten minutes as Ronan Murray delivered a corner from the left. Mark Doyle met the delivery, but his header was deflected narrowly wide at the near post.

O’Reilly headed wide from the next corner before Darragh Markey was next to try his luck. The attacking midfielder brilliantly controlled a long ball into the box, turned to create space but again Murphy gathered easily.

Waterford’s first real chance of the game saw a Jamie Mascoll free delivered to the back post headed wide by Kyle Ferguson before Mascoll himself struck an effort wide of the far post.

Mark Doyle would hit the post with the last chance of the half, connecting with a Ronan Murray free kick, however the assistant’s flag was raised for offside.

Darragh Markey fired a shot narrowly wide with the first chance of second half before the Boynesiders went close a minute later.

Murray and Markey both had efforts blocked in the box before the ball fell to Doyle 12 yards out but his shot was superbly denied by a last ditch block from Waterford captain Oscar Brennan.

Drogheda continued to push for the opening goal and almost found it with 25 minutes to play as good build from a throw saw Hyland find Lyons in the box but closed down by two defenders, his shot dragged wide of Murphy’s goal.

The closest Waterford came to scoring came with five minutes to play as James Waite’s free flashed just wide of the post.

Drogheda however would find the winner in the final minute of normal time as Kane’s throw was headed on by Murray to Corcoran. His first time ball found Brown on the wing.

The full-back drove on and his driven ball into the box was turned into his own net by centre-half Cameron Evans to seal the win for Tim Clancy’s side.