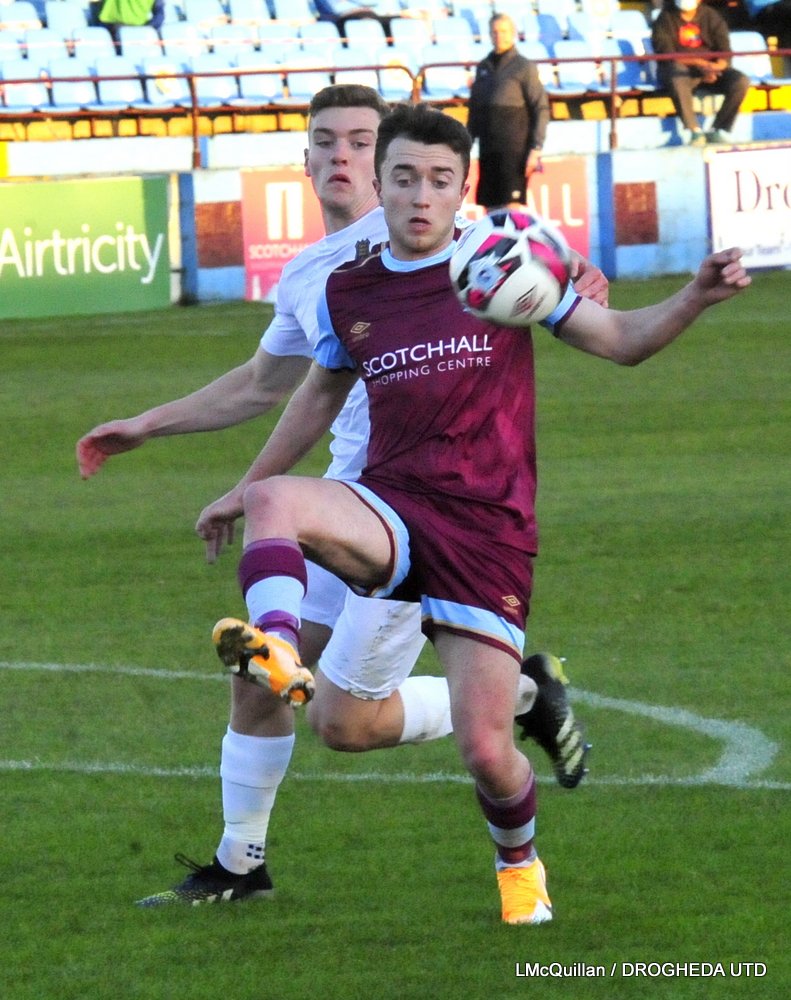 Drogheda United travel to Richmond Park to take on St. Patrick’s Athletic on Saturday looking to build on an opening day win over Waterford FC.

An 89th minute own goal from Cameron Evans, who turned James Brown’s low ball across goal, into his own net, gave Drogheda all three points at Head in the Game Park.

“We’ve had a lot of consistency with the squad the last lot of years. We’ve only made a few changes. When we sit down to recruit players, myself, Kev (Doherty), and Sean (Brennan), we look at the type of person they are, the type of individual they are and how they’ll integrate into the group.

“We probably got that wrong a couple of times in the last few years, so we’re sort of very conscious of that.

Looking ahead to the game against Stephen O’Donnell’s side, Clancy is aware it will be a difficult game where his side may not have a lot of the ball in periods of the game.

“They are a very good team, I think Stephen’s strengthened the team. The young keeper looks very good. They’ve brought in a lot of experience aswell. Ronan Coughlan up top, Mattie Smith, a lot of exciting players aswell in the attacking end of the pitch to go with the players they have throughout the squad.

“We know it’s going to be very difficult, they are a really good possession based team so there are going to be spells where we don’t have the ball for quite a bit so we’re going to have to be patient and disciplined,” Clancy said.

In team news, James Clarke has returned to training and is available for the trip to Richmond Park while Mark Hughes is set to see a specialist as he continues his recovery from injury.

“James Clarke trained this week, so he’s good to go. He was back training on Wednesday full out so James will be back in with the group for tomorrow.

“Sparky (Mark Hughes) is still a bit out. He has to see a specialist to get a bit of specific treatment for the last few weeks of his recovery,” Clancy explained.

2021 Squad – Top 5 All Time Competitive Appearances in all Competitions: