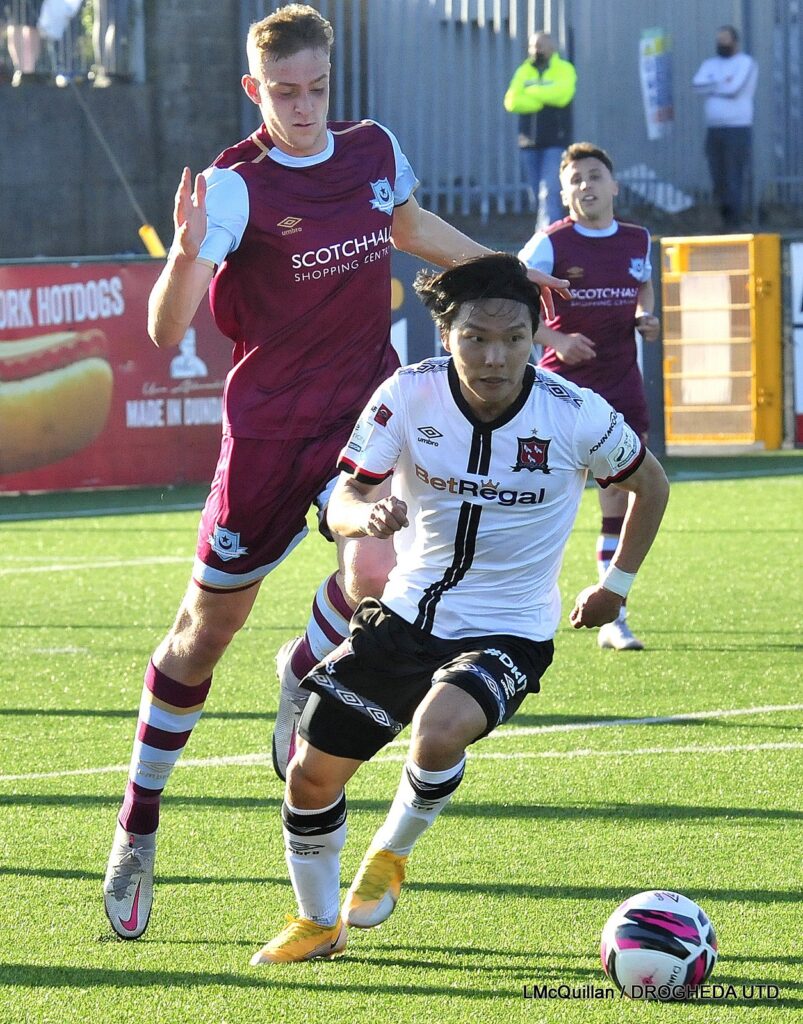 Drogheda United return to Head in the Game Park for the first of two games over the May Bank Holiday weekend to take on Sligo Rovers on Friday evening.

Tim Clancy’s side come into this game following a 2-1 defeat away to Dundalk. Chris Lyons scored his second goal of the season late in the game at Oriel after goals from David McMillan and Han Jeongwoo had put Dundalk 2-0 ahead.

“A lot of positives to take from the performances. I think going into the start of the season, we weren’t expected to get many points from the likes of Shamrock Rovers and Dundalk but just to see the performances levels and how well we competed, we didn’t look out of our depth,” said manager Tim Clancy.

“It was a pleasing performance, maybe if we can get a bit of luck now, and decisions going our way we might start picking up points against them lads. It certainly gives us confidence going into the Sligo game, it’s another very good team coming to town.”

Drogheda now face Sligo on Friday evening before playing Bohemians on Monday afternoon, with both games taking place at Head in the Game Park.

“It’s a difficult one. We had the three games (in nine days). Now we have the two games in quick succession here.

“We’ve used 22 players overall so far this season, just the three young lads (Aaron Davis, Mohammed Boudiaf, Sam O’Brien) who have been training with us recently (who haven’t played) so we’ve plenty of legs, plenty of fitness in the team.

“That’s stood us in good stead so far and we’ll hope to continue that over the busy schedule going into May,” Clancy said.

In team news, Mark Hughes continues his recovery, as does Dinny Corcoran. Friday’s game looks set to come too early for captain Jake Hyland, but Conor Kane is set to return from injury.

Sligo Rovers suffered their first defeat of the season at home to Derry City last week, losing 1-0 at the Showgrounds.

The Bit o’Red currently sit third in the Premier Division, having won four, drawn two and lost one of their seven games so far.

Like Drogheda, they have scored nine goals in those seven games. Danny Kane will miss out through injury while David Cawley is doubtful for Liam Buckley’s side.

“Drogheda have had a fantastic opening to the year. We know about their shape, how they play and all of that. We need to be a lot better than last week, we’re under no illusions on what is needed here.

“It is a busy time with three games in a week again but we’re just looking forward to the opportunity to move on from that week and give a good account of ourselves,” Sligo manager Liam Buckley said.

The game is available to watch live on WatchLOI, with commentary from Des Curran and Declan ‘Fabio’ O’Brien.

LMFM will also have live commentary of the game, with David Hollywood and Darius Kierans on commentary.