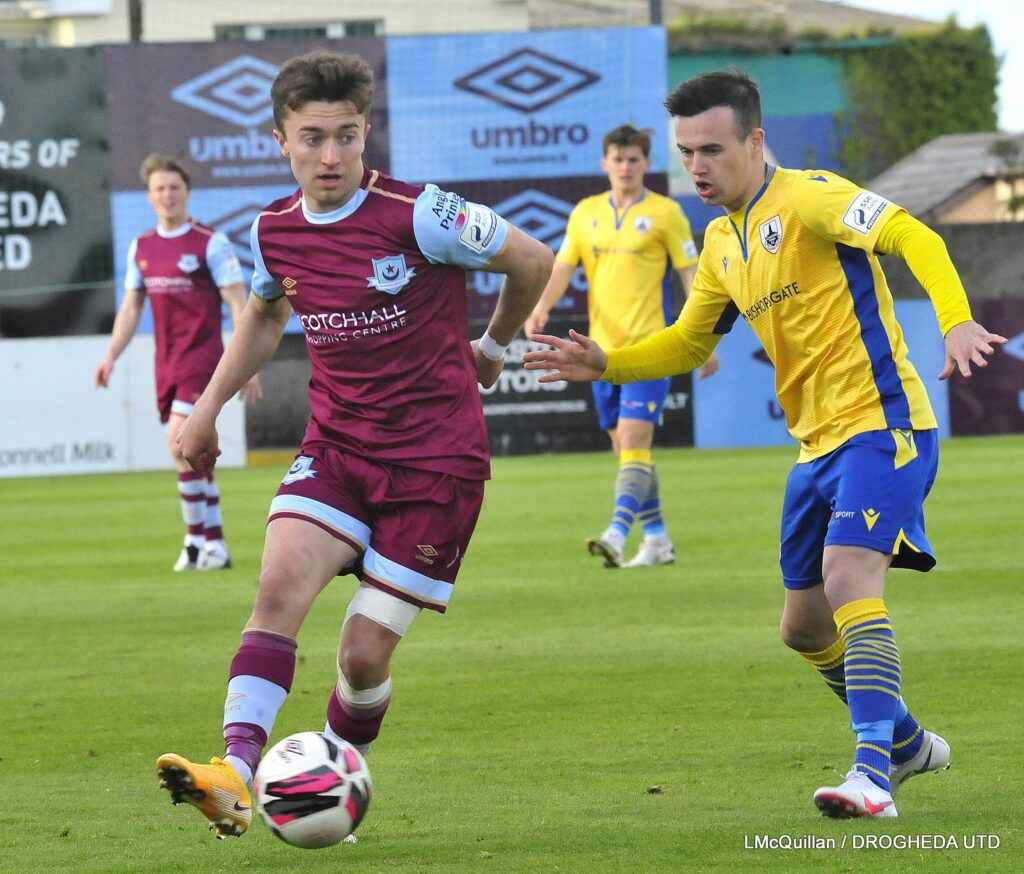 Drogheda United travel west on Saturday to take on league leaders Sligo Rovers at The Showgrounds in both sides first game following the mid-season break.

The last game before the break saw Drogheda lose 2-1 at home to Derry, as Will Patching scored two free kicks, one either side of a Mark Doyle penalty, with both sides ending the game with ten men.

“The levels this season, that the Premier Division requires, more concentration, mentally a lot more draining, and when you throw into the mix we’ve had a lot of injuries this season for a lot of the games, then yeah, it (the break) probably came at a good time for us.

“We were able to sit down and have a good week rest and we’ve got back in since last Saturday. We’ve had a good week training and hopefully we’ll be okay, on Saturday, which is going to be a very tough game away to top of the league,” manager Tim Clancy said.

Drogheda will end the second round of fixtures with three away games to Sligo, Bohemians and Shamrock Rovers, and a home Louth Derby against Dundalk, beginning with Liam Buckley’s Sligo on Saturday.

“They are top of the table on merit. We can take confidence from the reverse fixture at our ground. They were still ahead of us in the league, we probably should have won that game on the balance of things. It gives us confidence, there’s more pressure on them to win because they want to stay top of the league.

“Where we are sitting in the league at the minute is brilliant for us. We’ve got to focus on our game, and if we can get a really good performance, and our energy levels back to where they were for most of the season, I think we’ll be ok,” Clancy said.

Brandon Bermingham is aiming to return to training from a quad injury next week, while Hugh Douglas and Mark Hughes continue to step up their recovery from injuries.

Jake Hyland and Dinny Corcoran are available for the trip to Sligo after returning to training this week.

“Brando has been doing a lot more, he’ll be stepping it up again and all going well, he’ll be returning to full training on Monday. Jake and Dinny trained all week so are available for Saturday. Hughie got treatment during the week, so we are waiting to see how he responds to that.

“Sparky (Mark Hughes) is very close, we’re hoping after the game, we can get Sparky back into full training, again it’s very close, it’s the nature of the injury he has we have to manage properly, or it can reoccur, but he’s not a million miles away,” Clancy said.