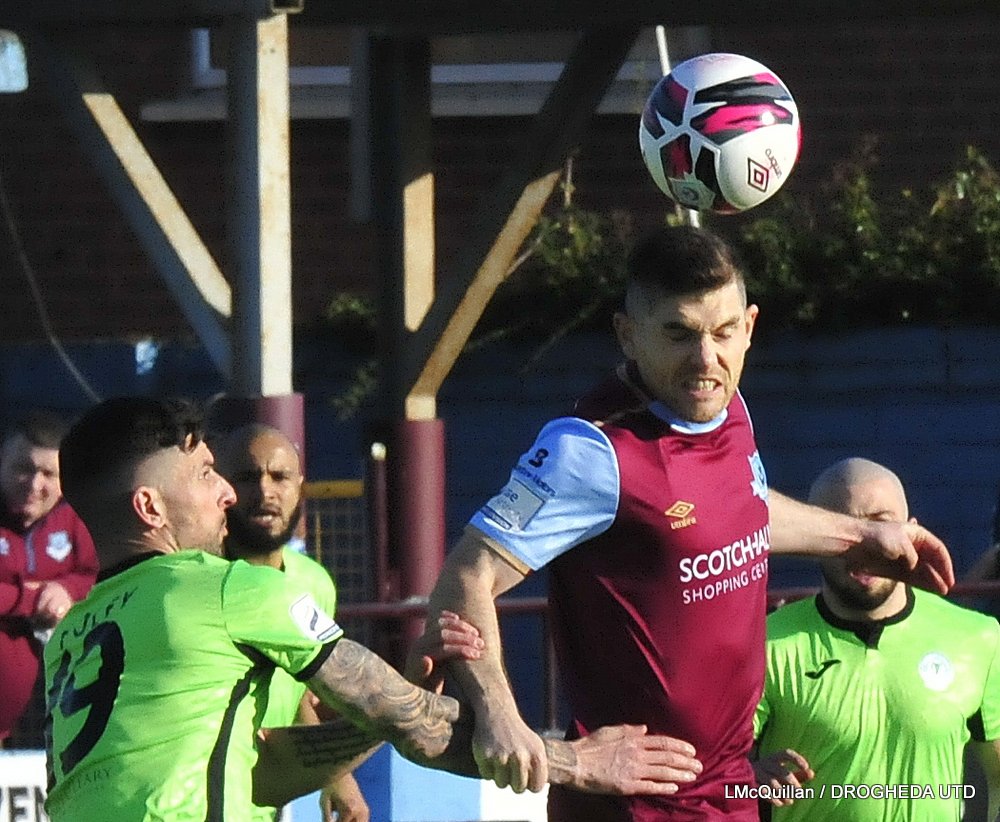 Drogheda come into this game following a 1-1 draw away to Derry City in the Ryan McBride Brandywell Stadium on Friday.

James Brown’s first goal of the season gave Drogheda the lead but a header from Ronan Boyce equalised for the Candystripes.

“The lads put in some shift in fairness to them going up there. They created some great chances, defended really well, limited them to no major chances. They scored off the corner which is something we have to be better at,” assistant manager Kevin Doherty said.

“Collie (Colin McCabe) was excellent, he came and took crosses, he didn’t really have too many shots to save which is a good thing. Jimmy (James Brown) got a good goal, he’s had another chance, Brandon’s had a chance.

This will be Drogheda’s second of three games in nine days, with a first Louth Derby of the season against Dundalk to follow on Saturday.

“You couldn’t get any tougher game really. This is the difference in what we have been doing the last few years, although we had the odd midweek game. The quality of opposition, particularly given their full time status, they certainly are well able for this. But we don’t use that as any excuse, we are still confident in any game.

“Our performance levels have been of a Premier Division standard. We’ve spoken to the players about this before, we’ve finished every game really really strong, which indicates that our fitness levels are very high,” Doherty said.

“It is a quick turnaround, and then we play Saturday, three games in nine days, so it’s something we are not overly used to but it’s something we are relishing. It’s why we worked so hard to get promoted. Within the space of a few days, you are playing Derry, Shamrock Rovers and Dundalk, they really wet the appetite, they are games we are delighted to be involved in.”

In team news, Mark Hughes again misses out as he continues his recovery from injury while defensive duo Hugh Douglas and Conor Kane are both doubtful.

“We still have training tonight, so we aren’t ruling them out or in. Hugh came off against Derry, he’ll be touch and go but there’s still over 24 hours before the game. We’re not ruling him out, or ruling Conor out. The one player definitely ruled out is Mark Hughes.”

The game is available to watch live on WatchLOI, with commentary from Des Curran and Declan ‘Fabio’ O’Brien.