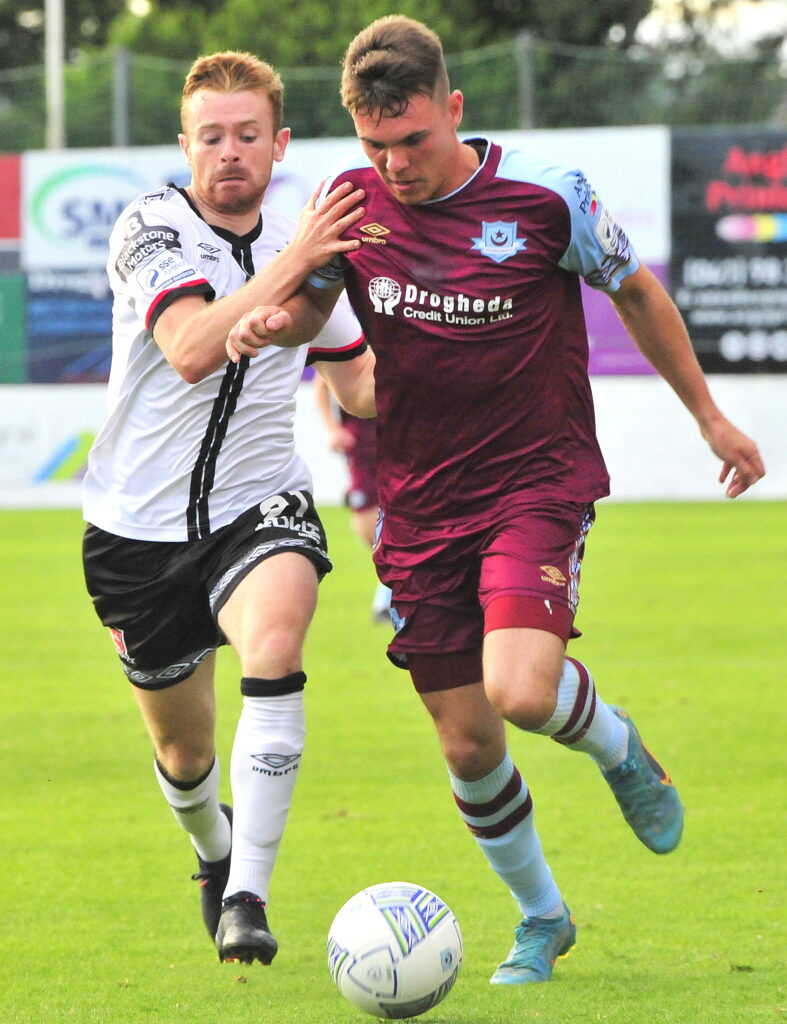 Kevin Doherty’s Drogheda United face UCD at the UCD Bowl on Friday evening in the final meeting between the sides this season.

Drogheda come into this game following a 1-1 draw at home to league leaders Shamrock Rovers on Sunday.

Doherty had made two changes to the side that had beat Bohemians 1-0 a week previous with Darragh Noone and Dayle Rooney replacing the injured Luke Heeney and the unavailable Darragh Nugent in the starting eleven.

Rovers had the best of the early exchanges and took the lead on 26 minutes when Graham Burke finished from close range after good play by Neil Farrugia on the right.

Drogheda grew into the game and were level four minutes before the break when Chris Lyons reacted quickest after Mannus had spilled a long range effort from Foley.

Drogheda finished the game with ten men after Gary Deegan was shown a red card with 12 minutes of normal time left to play following a late challenge on Dylan Watts.

In team news, Evan Weir and Luke Heeney miss out through injury while Adam Foley is doubtful after picking up an injury against Shamrock Rovers.

Tickets are available at the gate or online here – https://member.clubforce.com/ticket-list.asp?LL_ID=3085#topp

All away fans will be accommodated in the section of the stand furthest away from the turnstiles after you enter the UCD Bowl.

LMFM will also have live commentary of the game with David Sheehan’s coverage starting five minutes before kick-off – https://www.lmfm.ie/on-air/special-broadcasts/droghedalive1/

We will have updates across all our social media channels. Follow here – https://linktr.ee/DroghedaUnited

There is parking available on campus and close to the ground. The closest to the ground are the two car parks located beside the astro pitches.

Fans are reminded that the car park closest to the turnstiles is restricted with clamping enforced – this is a member’s only car park.