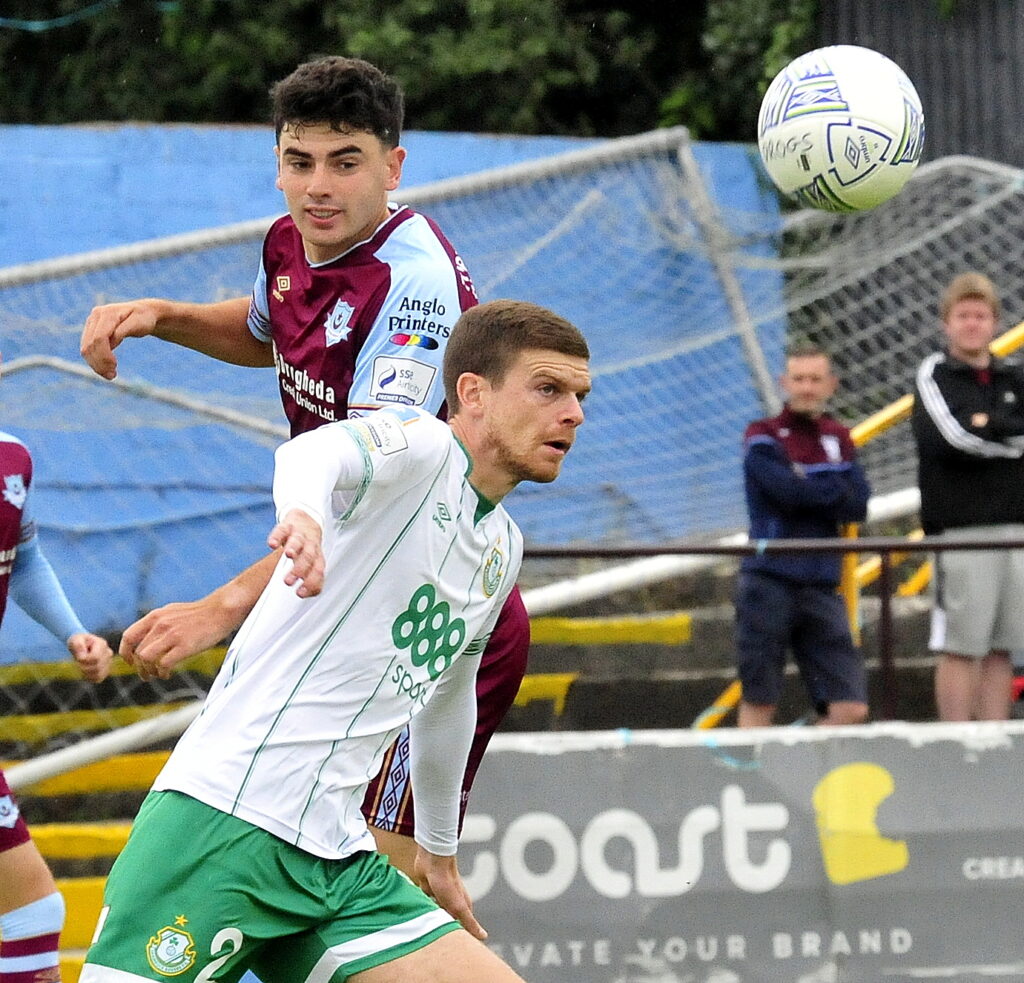 Kevin Doherty’s Drogheda United face Shamrock Rovers on Sunday evening in the final league meeting between the sides this season.

Drogheda come into this game following a 1-0 win away to Bohemians last week, ending what had been a four game losing run in all competitions.

Kevin Doherty made three changes to the side that lost 2-0 in the Louth Derby against Dundalk. Chris Lyons, Dylan Grimes, and Luke Heeney replaced Dean Williams, Darragh Noone and the injured Evan Weir.

Drogheda grew into the game and hit the woodwork twice, with Adam Foley beating two defenders on the right, before watching his effort hit the post in the first half.

Chris Lyons headed against the bar following a corner on 63 minutes before Bohemians were reduced to ten men six minutes later as Jordan Flores was sent off for a second yellow.

Drogheda pushed for a winner and got the reward in the final minute of added time as Darragh Noone’s cross was only half cleared to substitute Dayle Rooney who took a touch before firing low into the bottom corner past Tadhg Ryan.

In team news, Ryan Brennan is suspended following his red card against Dundalk. Darragh Nugent, on loan from Shamrock Rovers, is unavailable to play against his parent club.

Evan Weir may miss the remainder off the season following an ankle injury suffered against Dundalk while Luke Heeney is doubtful after leaving the field injured against Bohemians.

We will have updates across all our social media channels. Follow here – https://linktr.ee/DroghedaUnited

Hot food will be available inside the ground from our ground catering partners, D&A Gourmet.

Our shop will also be open at the back of the Crosslanes stand, while match programmes and KCS Half Time Draw tickets (€3 each, 2 for €5) can be purchased inside the ground.

Our accommodation partners in the D Hotel / Hops Bar are offering a pre-match pint and burger deal for €15.