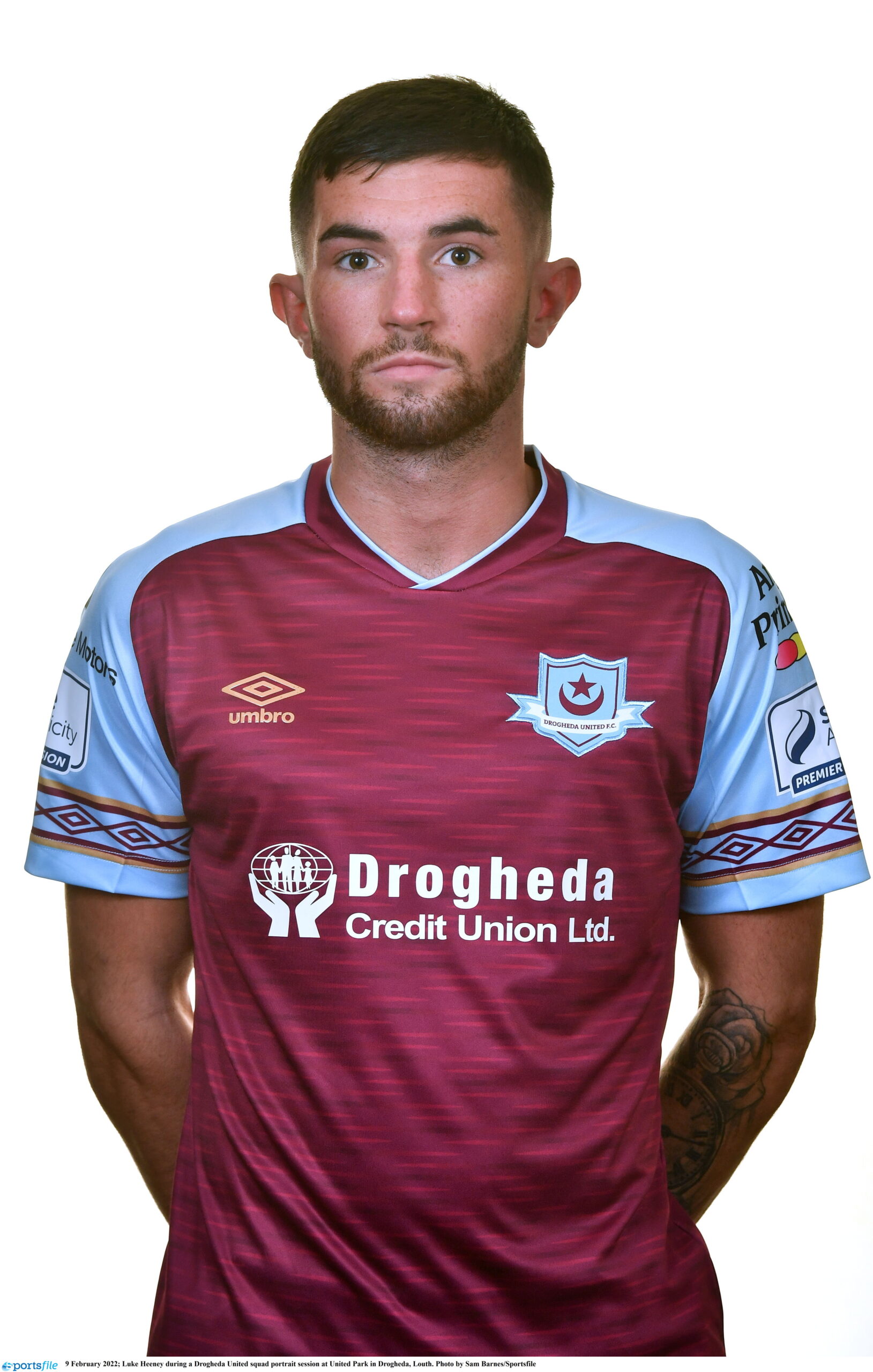 The Bellewstown native first joined the club ahead of the 2019 season from St. Patrick’s Athletic and went on to make 30 appearances in his first year in senior football.

Heeney re-signed for his local side in 2020, and despite missing part of the season through injury, the midfielder returned to play a vital part in the run in.

Luke finished 2020 with 9 appearances and scored Drogheda’s second goal against Cabinteely on the final day of the season, heading in from close range to seal the league win and promotion back to the Premier Division.

A further 31 appearances in 2021 took Heeney’s appearance total to 70 before he re-signed for 2022, which will his fourth season at the club.