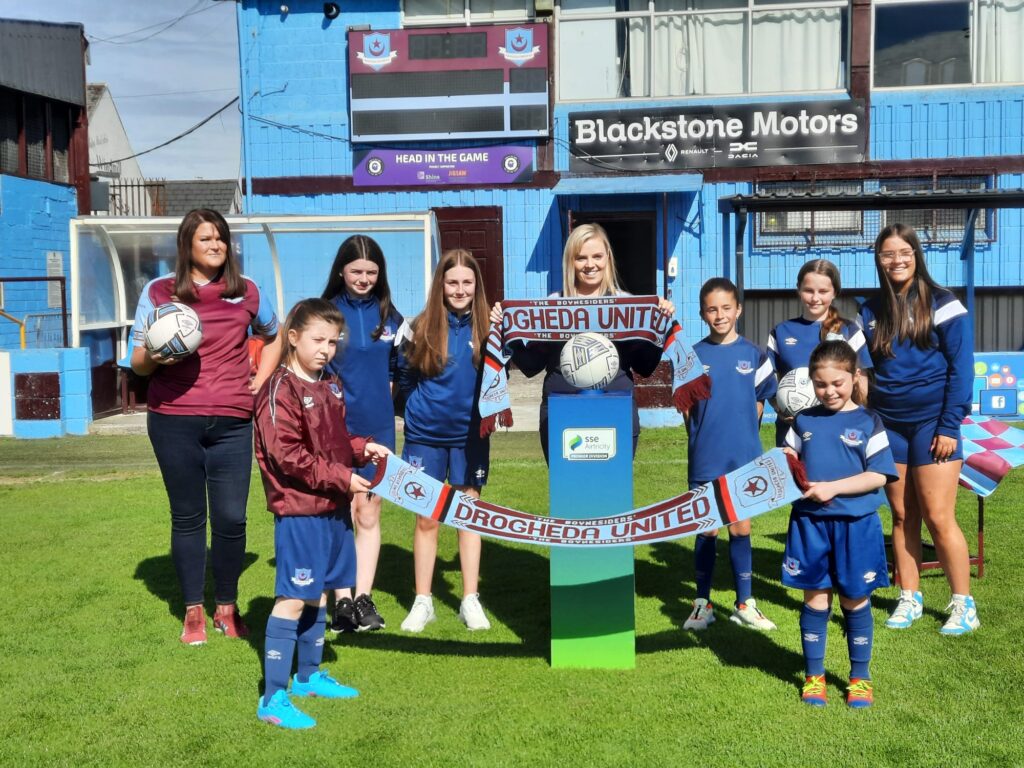 From cheering on the Drogs on the terraces as a youngster to becoming the new Head of Women’s Football at the club – it’s been quite a journey for Laura Donovan, who admits she is relishing the prospect of helping to encourage a new generation of young players.

The holder of a UEFA A licence, Laura, a local schoolteacher, has already started in her role at Drogheda United and says the reaction has been terrific.

She met members of the Louth Schoolgirls League prior to their departure to this week’s Gaynor Cup and will also be working closely with the NEC League, all in a bid to bring the game to a new level and give players the opportunity to realise their ambitions.

Drogheda United will field a team at Under-17 level in the League of Ireland next season and progress to having Under-19 and Senior teams in the coming seasons.

With teams already established in the underage section of the club, the future looks increasingly bright.

“The club is focused on building a sustainable future for women’s football at the highest level in the North East,” Laura stated.

Trials for players born in 06/07 will take place later in the year and anyone interested can contact Laura directly via the club.

Laura has built up a very impressive CV when it comes to football management and coaching, beginning at 14 with Albion Rovers and when studying Sports & Exercise in Limerick, taking on the role of player/manager at UL.

She set up the Under-12, Under-14 and Senior women’s teams at Albion Rovers and joined the FAI in a development role, going on to be assistant coach of the Irish Under-17 team.

She has worked for TG4 as a commentator and pundit for the Women’s World Cup and Women’s National League, coached the Special Olympics team at World Cups in Athens and LA and in recent years was Director of Girls Football in Kildare.

“It is great to see the girls game growing all the time and there’s a lot of opportunities to play football. At one time, girls had to play on boys teams only,” she said.

The likes of Liverpool and Ireland star Megan Campbell came through such a journey, as did Grainne Kierans and others in the past.

“I want to see what can be achieved with a structure we’ll build at the club, in cooperation with the local leagues and teams,” Laura explained.

General Manager Hubert Murphy feels Laura’s appointment is a huge coup for the club and the game locally.

“Here we have someone who has a wealth of experience in the game and has built a reputation second to none. Laura will bring the best from the players at her disposal and we want to make this a success story for the entire region.”

Club chairman Conor Hoey is confident the women’s game will flourish in the years to come.

“This is a big moment for Drogheda United FC and we’ll support Laura and her team as they start out on a great journey.”