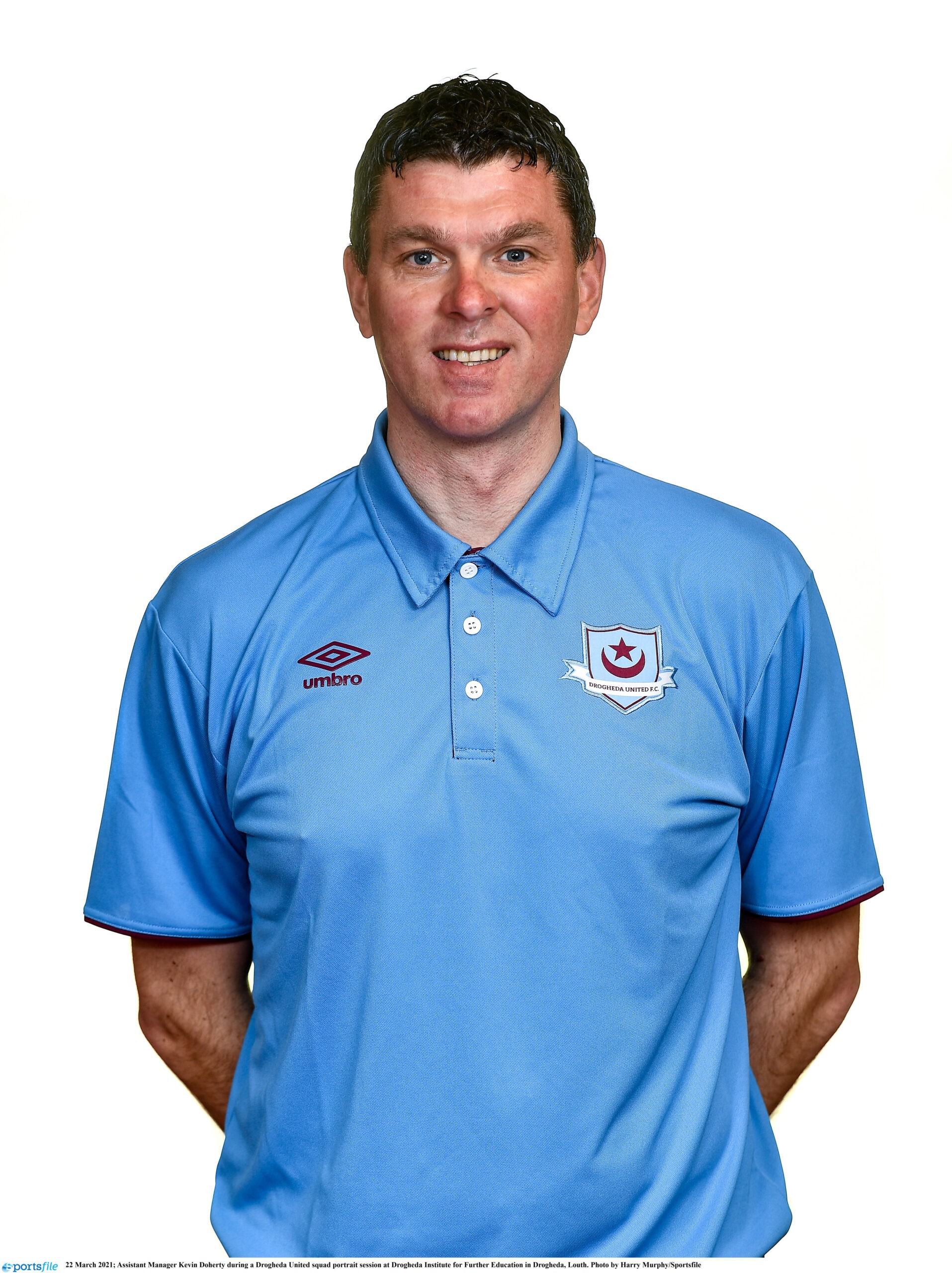 Doherty’s playing career saw him return to Ireland after four seasons with Liverpool.

Kevin signed for Shelbourne, winning the league three times in his four year spell with the club.

A loan spell with Waterford United in 2005 followed before Doherty left Shelbourne in January 2006.

Kevin then went on to play for Longford Town for two seasons, reaching the FAI Cup Final in 2007 before signing for Bray Wanderers in 2008.

His final season as a player saw a return to Shelbourne for the 2009 season, where he made 16 appearances.

In 2014, Kevin was named Shelbourne manager, a position he would remain in until June 2016.

Doherty was later named as assistant manager to Alan Mathews at Longford Town, remaining with the club until Mathews parted company with the club by mutual consent in May 2017.

Kevin was named as assistant manager to Tim Clancy at Drogheda United ahead of the 2018 season, remaining with the club for 2019.

In September 2019, Doherty, along with manager Tim Clancy both signed new two year deals with the club.