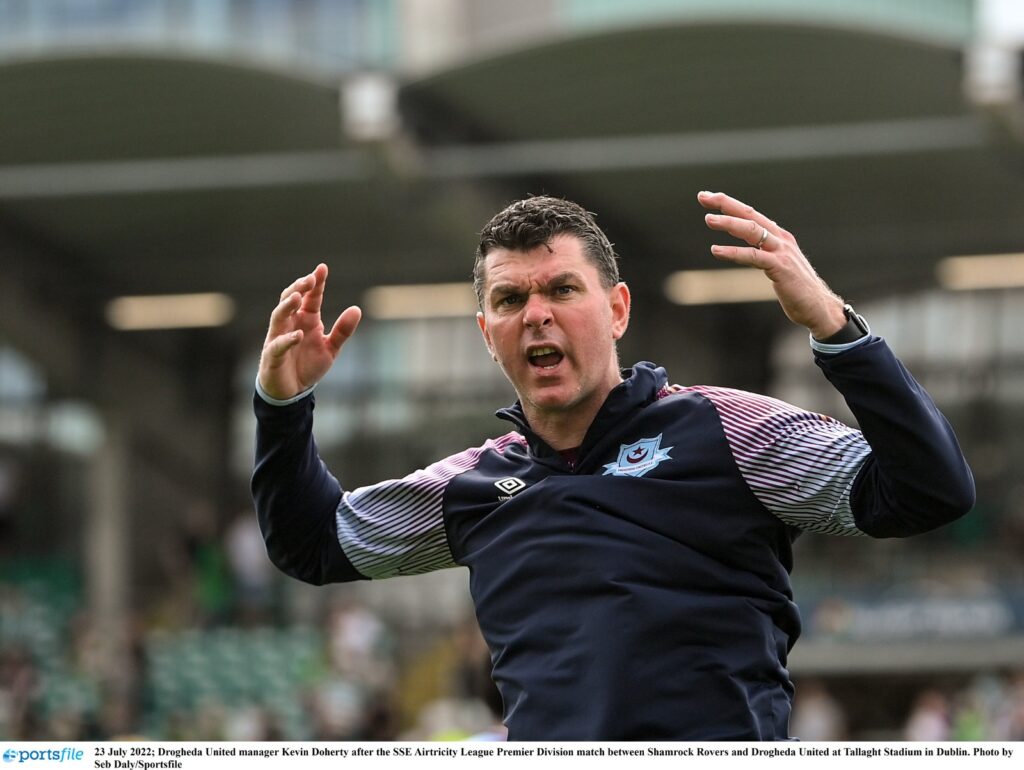 “Definitely a deserved point. Have to be really pleased with the performance, and the character is unbelievable of this side. We haven’t got anywhere near the resources of Shamrock Rovers, or most teams in the league but we certainly have players that care and will work hard.

“They put their bodies on the line. That epitomises Ryan Brennan, coming on for his local club and blocking that shot on goal. Georgie back in the team today, he worked so hard. He hadn’t played in a few weeks and he’d worked so hard he had to come off, Foley the same.

“Couldn’t be happier. I do think we could have nearly scored two or three from set pieces, they take them off the line.”

“We were saying ourselves we hadn’t scored from a set piece, Andy missed the header from three yards in the last minute last week. Same today, we’ve created loads of chances from set pieces.

“It’s just a matter of sticking them in the net, we have to be more clinical, that’s the one criticism I will have. Wouldn’t be saying any negatives, to come here, the Champions, best team in the league and we put it up to them I think.

“It’s something I don’t remember many teams, especially when they score so late, being able to bounce back like that. Evan got in the box and it’s a great finish.

Look ahead to next games, new signings, and Massey injury.

“Disappointed if Evan’s going to be suspended now but we’ve got Darragh Nugent available again, he obviously couldn’t play, and we’ve a couple of new signings in too.

“Darragh Noone has come on and made his debut already today, Lee Steacy will contribute aswell, he’s an excellent keeper. Dane Massey should be back very soon too.”