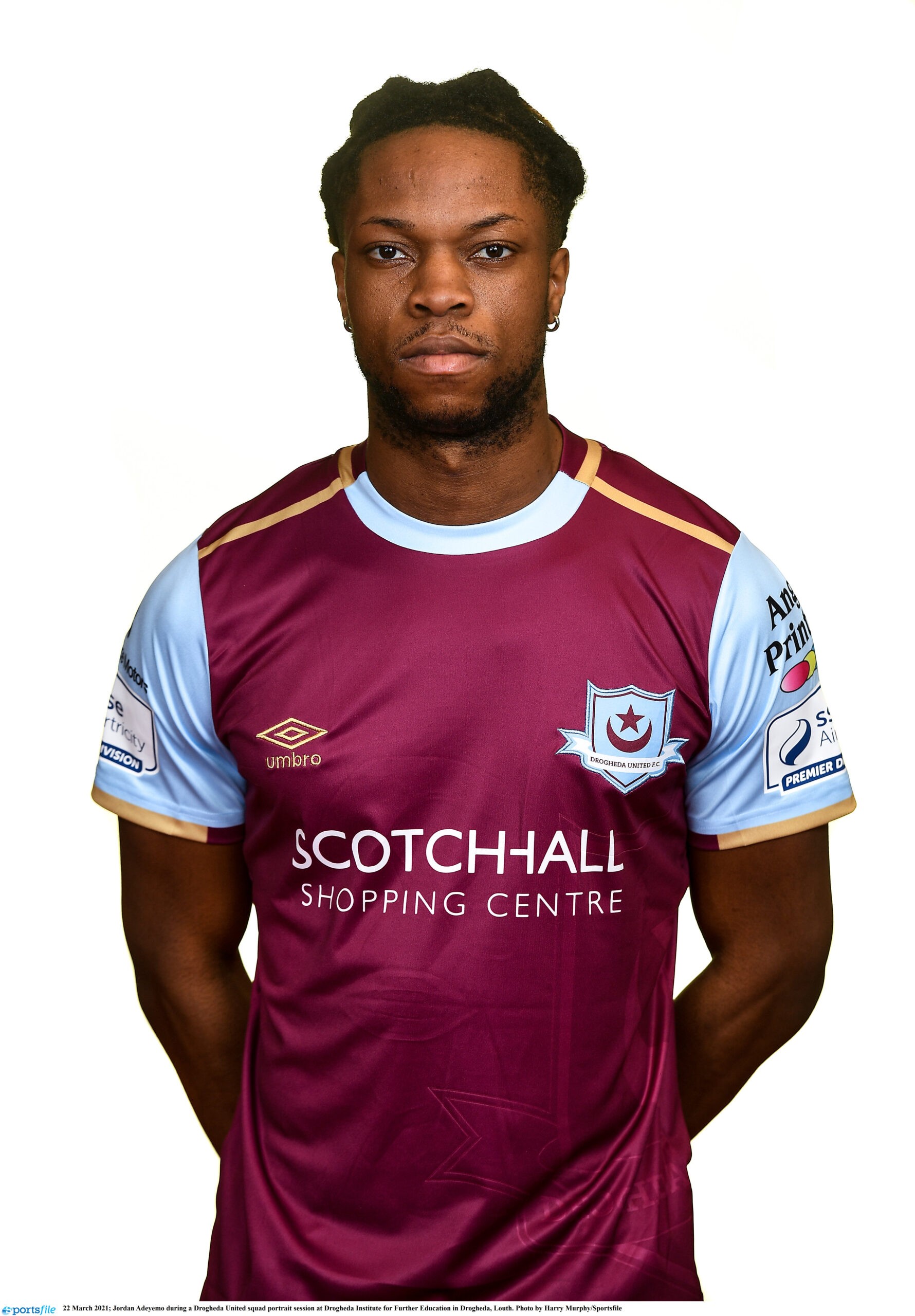 Adeyemo was the eleventh player to be announced from Tim Clancy’s 2021 Premier Division squad.

The forward first signed for Drogheda in 2018 from Shelbourne and largely played for the U19 side but also made five appearances for the first team.

2019 saw Jordan win the U19 Player of the Year award, scoring 18 goals for the U19s as they reached the National League semi-finals.

Jordan also made a further 12 appearances for the senior side and scored his first of two senior goals that season in a 3-0 win over Galway in May 2019.

Adeyemo re-signed again in 2020 and scored twice in eight appearances, in a 5-1 win against UCD, and a 1-1 draw against Longford before being ruled out for the remainder of the season after undergoing surgery to remove his appendix.

“I’m buzzing to get started again and to play and show what I’m capable of.”