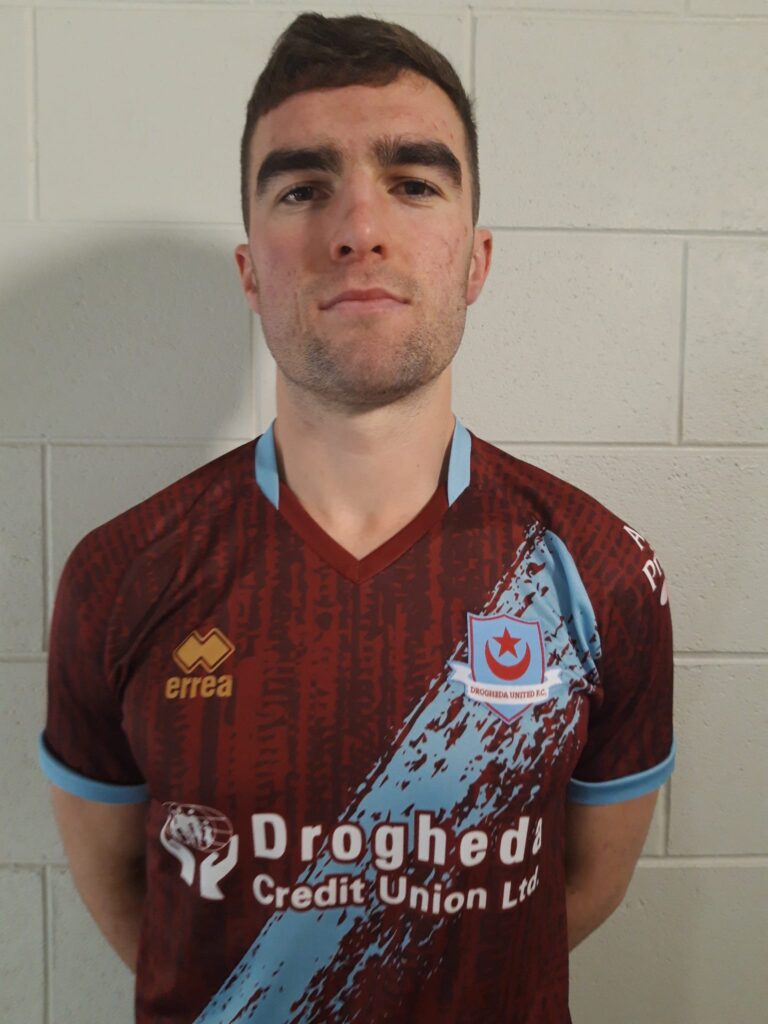 Drogheda United are delighted to announce the signing of defender Jarlath Jones from Athlone Town.

The 20-year-old, from Monasterboice, joins the club after impressing on trial throughout pre-season.

Jones played at underage level for both Dundalk and Shelbourne before making the step up to first team football, joining Athlone in July of 2022.

Jarlath made his senior debut for Athlone as a substitute in the FAI Cup tie against Drogheda at Head in the Game Park in July before going on to play every minute in Athlone’s last nine games of the season.

He scored his first senior goal on the final day of the season, netting a fine free kick away to Waterford at the RSC.

“He was recommended to me. He’s came in and he’s done really well. I wanted to see how he fit into the group so he’s been in with us the last couple of weeks and he’s been excellent, his attitude is 100%,” Kevin Doherty said.

“He’s strong, a good defender and can play left back or left centre-back.  He’s been with Dundalk, Shelbourne and Athlone and he’s played both positions.

“Technically, he’s really good, he scored a great free kick for Athlone last year. I’ve been very impressed with him in pre-season, in training and in the game against St. Pats.

“He’s local aswell, he’s from Monasterboice. I think that’s important too. Wherever the best players are, it doesn’t matter where they are from but having so many local definitely adds to it.  They know they are playing for their local club and the supporters, and that can give them that bit extra, the supporters.

“They were brilliant last year but we know we’re in a big fight this year so we’ll be needing the fans to keep doing what they did last year. It can add that little one or two percent when the players have a connection to the club. Jarlath was at some of our games last year, so was Manny (Adegboyega) who signed yesterday,” Doherty explained.

“I came in on trial. Kevin and the whole team have been very good to me since I came in, and I’m very happy to sign for Drogheda. I’m from Monasterboice and I grew up watching Drogheda play.

“I’d describe myself as a strong, versatile defender. I can play anywhere along the back line really.

“I’ve been with Dundalk U19s, and Shelbourne U19s and then moved to Athlone, where I had a good season. I’m looking forward to the challenge with Drogheda now, and hopefully I can learn, and contribute to the team, and I’m fully committed to keeping the club where they belong in the Premier Division,” Jones explained.