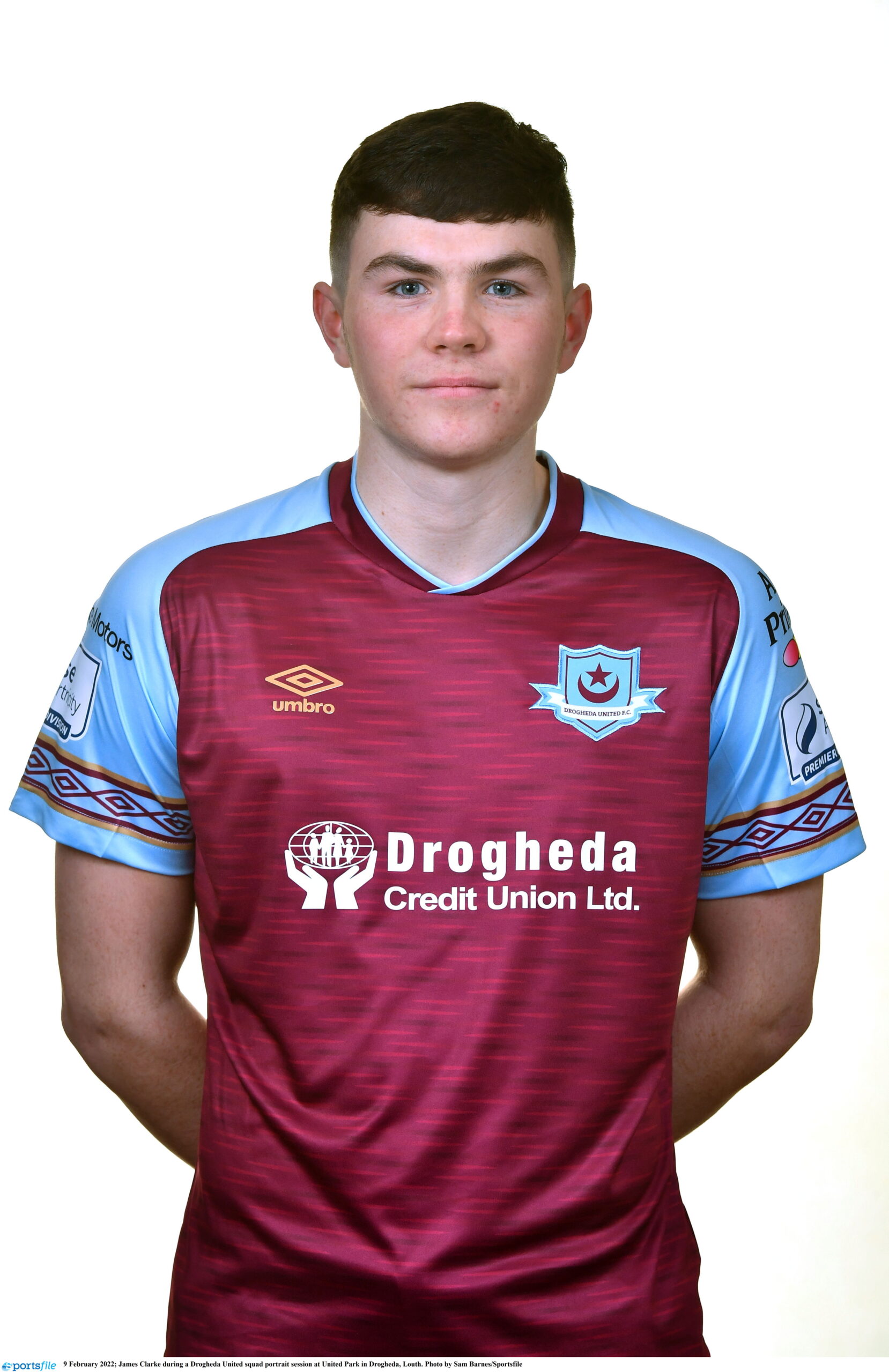 The midfielder joined the club from Shamrock Rovers ahead of the 2019 season, having played for the Hoops underage sides in 2017 and 2018.

In his first season in senior football in 2019, Clarke played for Drogheda’s U19 side, reaching the National League semi-final, and made 17 first team appearances.

2020 saw Clarke make a further 15 appearances for the first team in a shortened season, scoring once. That goal, in a 3-1 win at home to Bray, came second in the Drogheda United Fans’ vote for Goal of the Season.

Clarke made a further 25 appearances in 2021, scoring once, an important last minute equaliser at home to Bohemians.