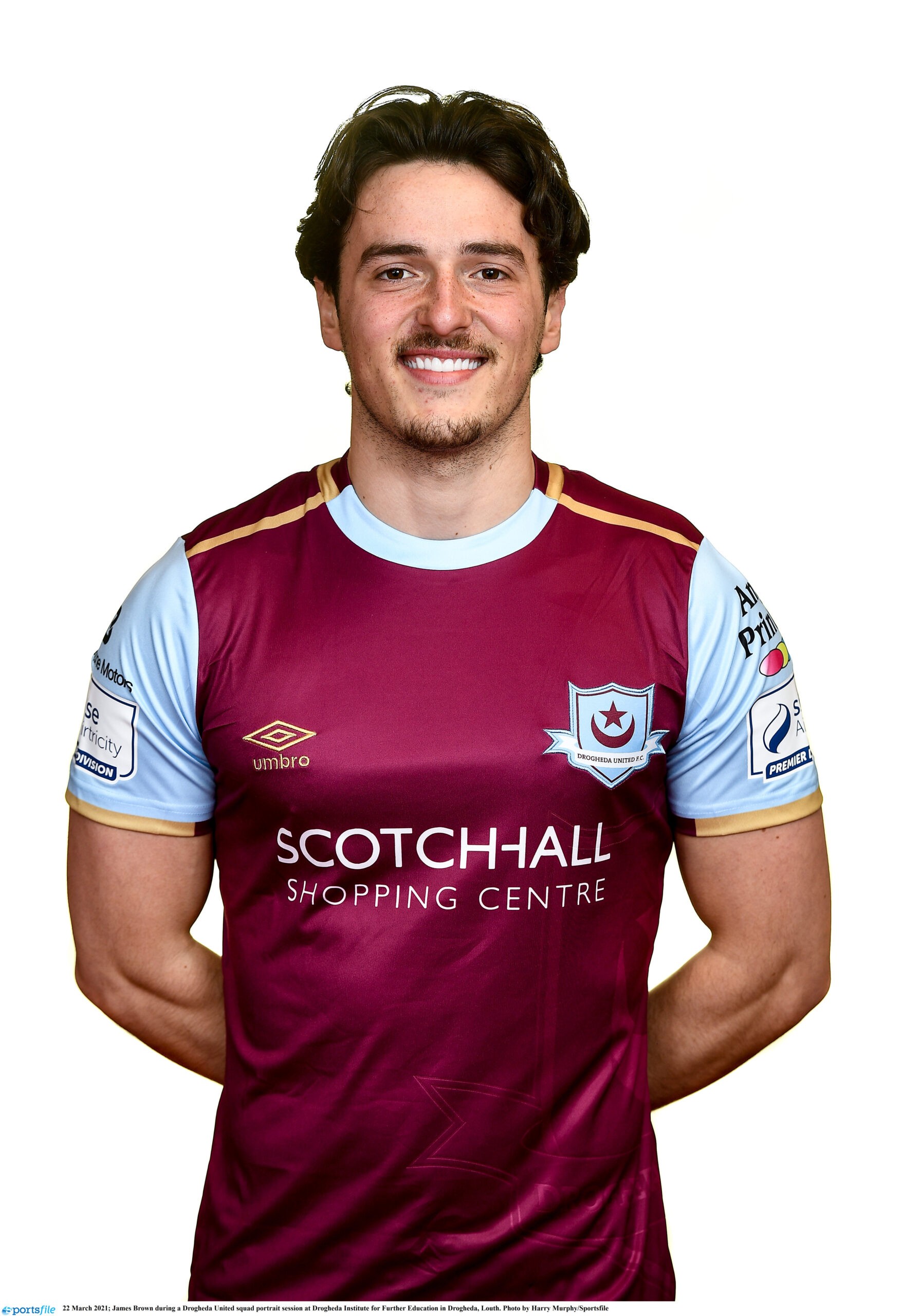 Brown was the 13th player to be announced from Tim Clancy’s 2021 Premier Division squad.

The full-back first joined the club in November 2018 from Shelbourne, where he had progressed through the underage sides before breaking into the first team in 2016.

James re-signed with Drogheda for the 2020 season and made a further 19 appearances in the league and FAI Cup, scoring his first goal for the club on the last day of the season.

Brown scored the first goal in a 2-0 win over Cabinteely in the game that sealed the First Division title and promotion back to Premier Division for the club.

The right-back was one of four Drogheda players to be named in the 2020 PFAI Team of the Year.

“I never thought twice about signing back. It’s an amazing club with big potential.”