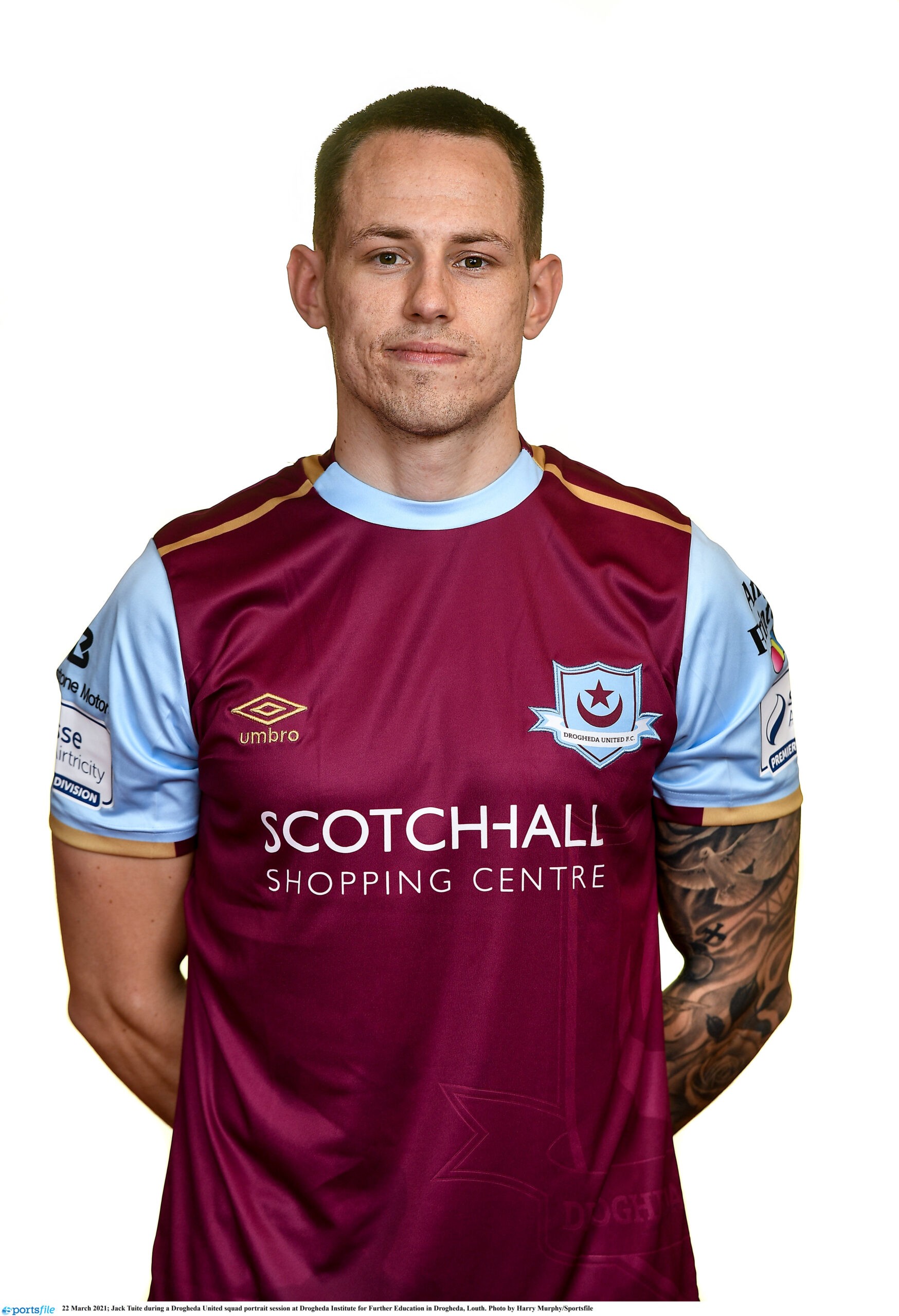 Tuite was the twelfth player to be announced from Tim Clancy’s 2021 Premier Division squad.

The defender joined the club in November 2019 from Pat Devlin’s Cabinteely, where he had played for two seasons.

Tuite made twelve competitive appearances in both the league and FAI Cup for Drogheda in 2020 and scored his first goal in 5-1 win against UCD in March.

“It was an easy decision to sign back and to play Premier Division football. Tim & Kev make it a place to really enjoy your football.”