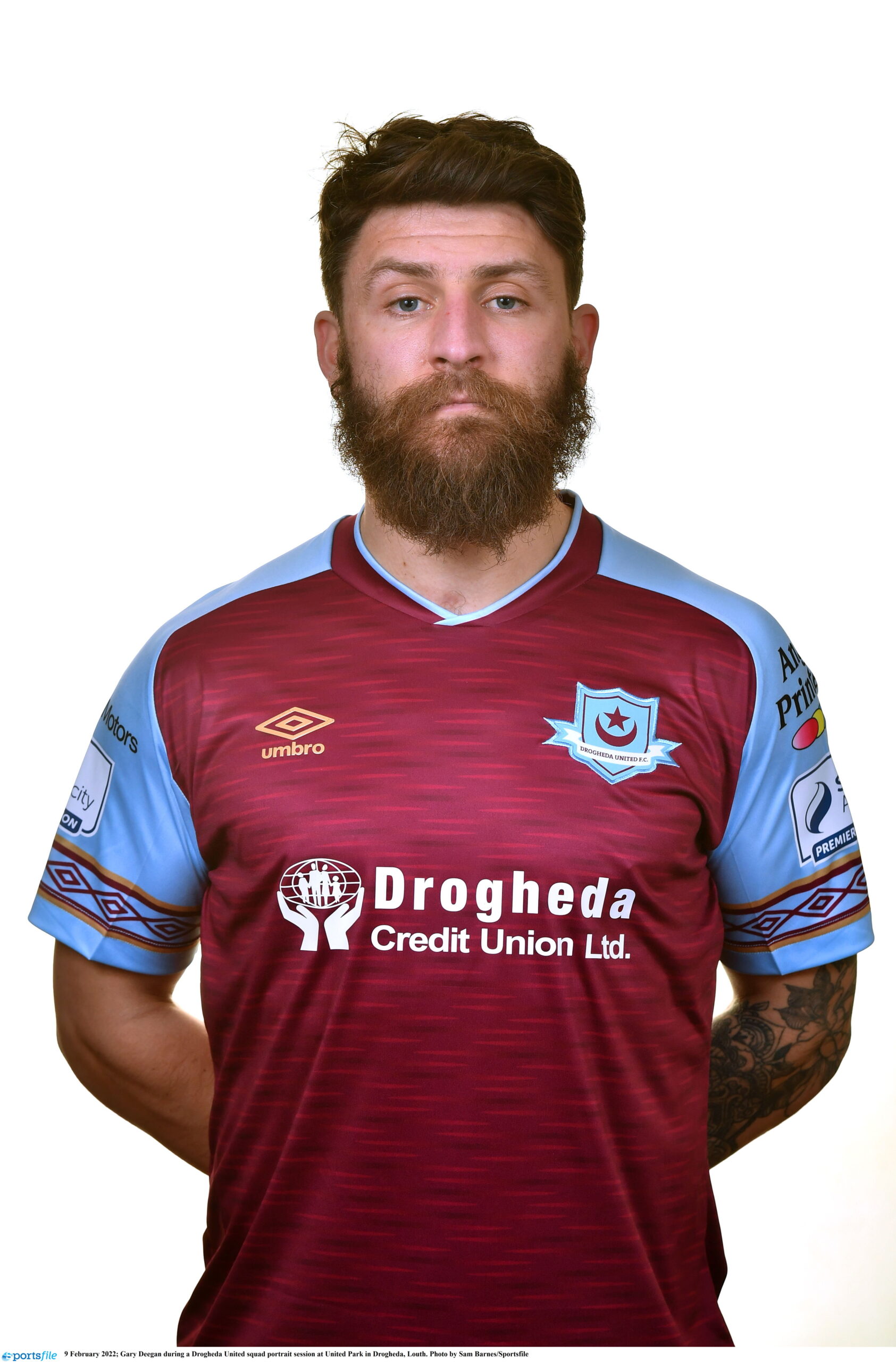 The midfielder began his career at Shelbourne, before having spells with Kilkenny City, Longford Town, Galway United and Bohemians.

Deegan won back-to-back league titles and an FAI Cup with Bohemians before making the move to the UK to sign for Coventry City in January 2010.

After two and a half seasons in the Championship with Coventry, Deegan joined Hibernian in the Scottish Premiership, managed by Pat Fenlon.

Following a spell at Northampton, Deegan moved to Southend, winning promotion to League One via the play-offs in the 2014/15 season.

40 league appearances for Shrewsbury followed before Deegan lined out over 80 times for Cambridge United across two seasons before returning to Ireland to re-join Shelbourne in 2020, where he scored three goals in 18 league appearances.

Deegan made 33 appearances for Drogheda in the 2021 season and was the fifth player to be announced for Kevin Doherty’s 2022 squad.