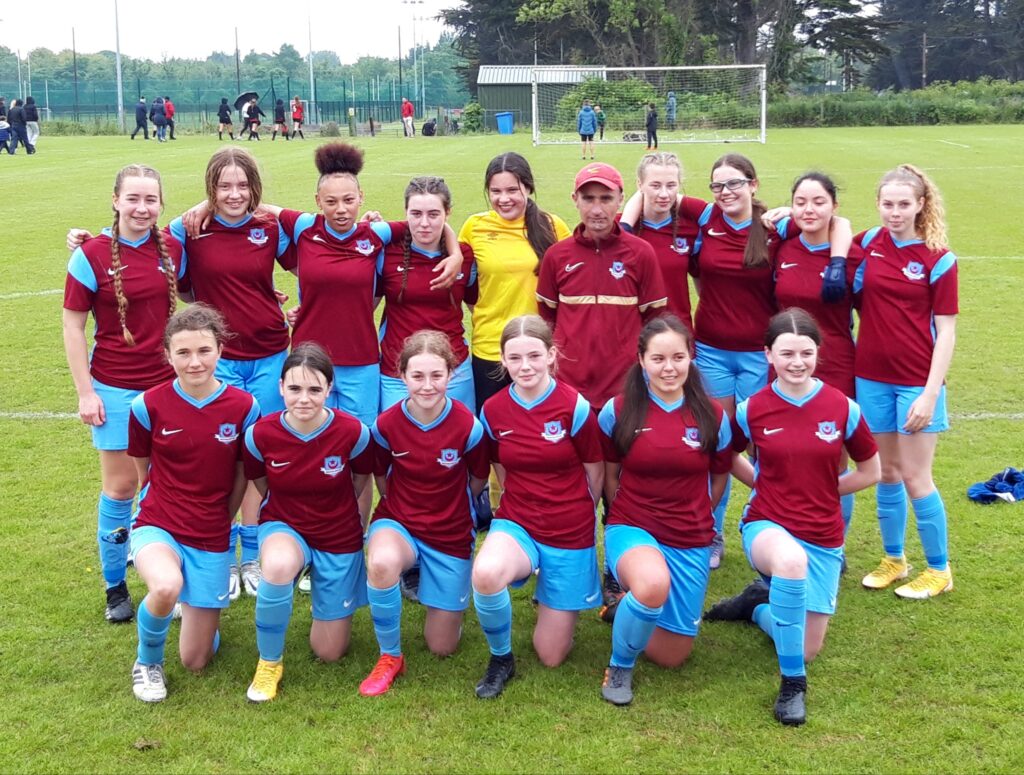 The Drogs fans have become accustomed to singing about the first team ‘putting on a show’ but on Sunday morning it was the turn of the girls side to do exactly that with a stunning 3-0 win seeing them crowned MGL under 16 league champions.

A long season came down to a play-off with Malahide on a damp Portrane morning, but from the very start Graham Campbell’s charges were well up for this one and delivered a five-star show.

The game was just 15 minutes old when Grace Martin peeled off her marker and advanced into the box before finishing to the bottom corner of the net.It was a richly deserved goal for the side, which saw woman of the match, Alisha Ajasafe, stand tall at the back and in midfield, Megan O’Connor, wearing the No,16, showed touches of another legend who wore the ’16’ in a claret and blue jersey, Mark Noble. She was everywhere and pinged balls time after time that had Malahide thinking much more about defence than attack.

Four minutes later, star keeper Jade Murphy came racing off her line to prevent an equaliser and that save would prove crucial as the Drogheda side stole upfield shortly afterwards and Amy Clarke raided into the box and chipped the opposing keeper for a 2-0 lead.

Jade Murphy brought off two fine saves early in the second half before Megan O’Connor grazed the post with a free kick.Orla and Aoife O’Neil combined well down the right flank as the half progressed, Niamh Leonard also busy at the back as Malahide fought hard.

Niamh O’Hart was a fraction away from nodding home a Clarke cross but three minutes from time came the majestic final act, Amy Clarke standing over a free from 30 yards, getting the call from the boss to plant it in the top corner and she delivered just that for a 3-0 lead.

Graham Campbell has led his charges well this year and each and every one of them has put the work in. Women’s football in the region has never looked so bright.