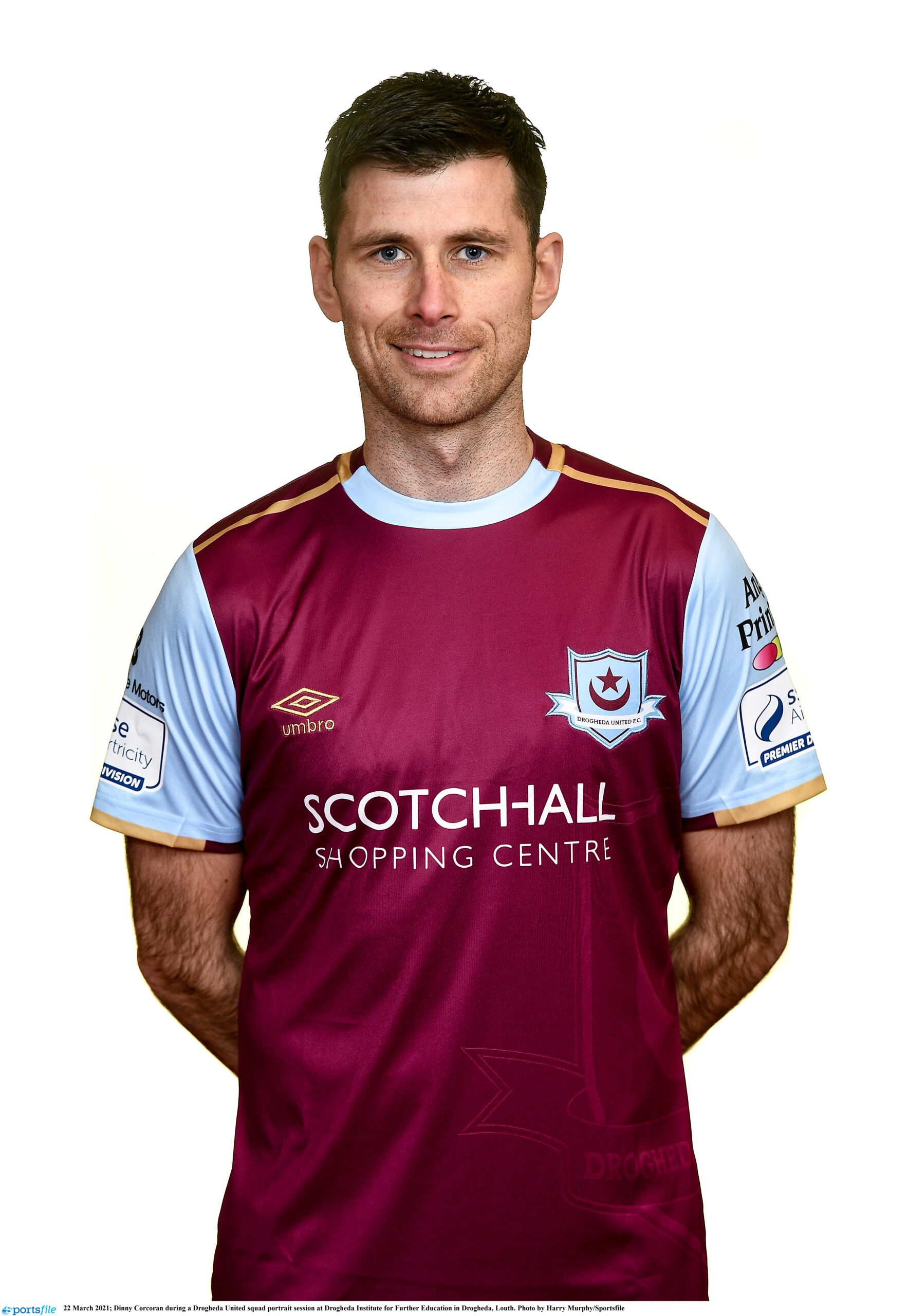 Corcoran was the 15th player, and second new addition, to be announced from Tim Clancy’s 2021 Premier Division squad.

This will be Corcoran’s second spell with the club, having previously played for Drogheda in 2011 under Mick Cooke before having the first of two spells at Bohemians either side of half a season with UCD in 2013.

Following his second spell with Bohemians, which included 16 goals in the league and league cup in 2014, Corcoran made the move to Sligo.

Dinny would spend the following season with St. Patrick’s Athletic, winning the EA Sports Cup with the Saints before returning to Bohemians.

The 2017 season saw Dinny finish as Bohs top scorer in the league with 15 goals, behind only Seani Maguire and David McMillan in the league overall.