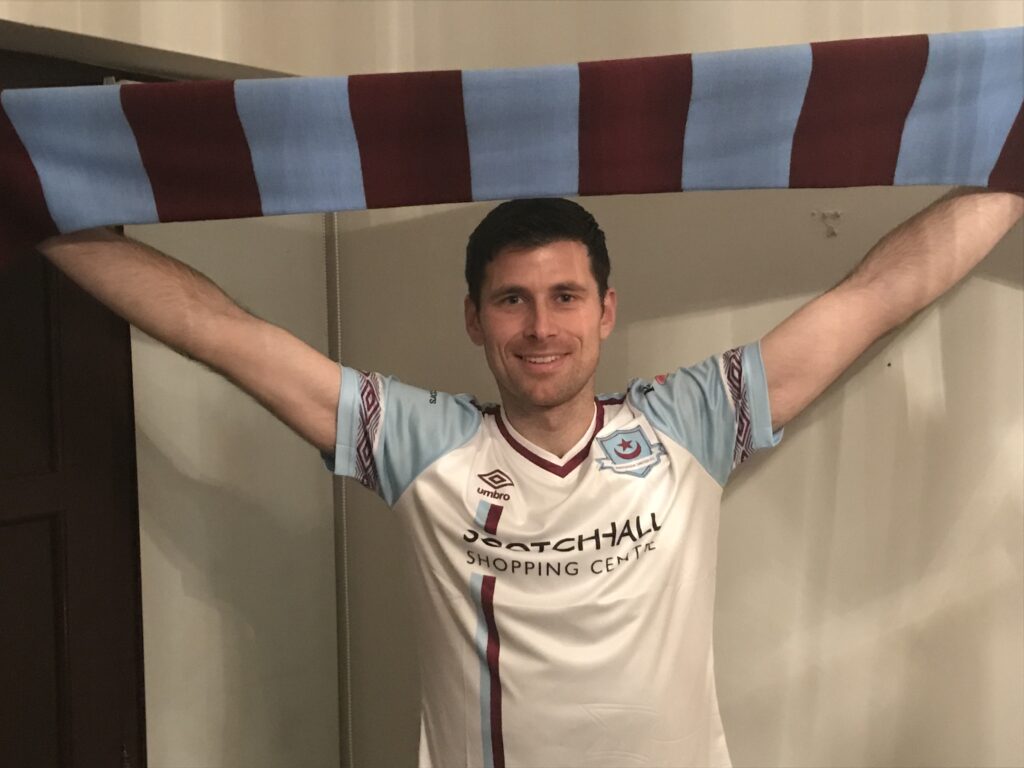 Drogheda United are delighted to announce the signing of Dinny Corcoran from Bohemians.

Corcoran is the 15th player, and second new addition, to be announced from Tim Clancy’s 2021 Premier Division squad.

This will be Corcoran’s second spell with the club, having previously played for Drogheda in 2011 under Mick Cooke.

Corcoran then had his first of two spells at Bohemians either side of half a season with UCD in 2013.

Following his second spell with Bohemians, which included 16 goals in the league and league cup in 2014, Corcoran made the move to Sligo.

Dinny would spend the following season with St. Patrick’s Athletic, winning the EA Sports Cup with the Saints before returning to Bohemians.

The 2017 season saw Dinny finish as Bohs top scorer in the league with 15 goals, behind only Seani Maguire and David McMillan in the league overall.

11 league goals and 5 FAI Cup goals followed in 2018 as Corcoran was again Bohs top scorer as they finished sixth in the league and reached the FAI Cup semi-finals.

A further 7 goals in 16 league games for Bohemians followed in 2019 before Corcoran re-signed for a fourth consecutive season with Keith Long’s side for the shortened 2020 season, as Bohs finished second in the Premier Division.

“I’ve fond memories of the club back in 2011, I enjoyed it. It’s a good club, I’m delighted to be back and I’m raring to get going.

“When I spoke to Tim, he explained what he expected from me, what he expects from the team and his plans and outlines for the season.

“Obviously, I played with Tim, I know him well, that helps, so there were a few things. I’m just delighted to get it done now,” Corcoran said, explaining why he made the move back to United Park.

“On a personal level, just to stay fit. I broke my leg last year and missed the guts of two years, so I mean, staying fit is the main thing. Then as a team we want to achieve something.

“First year back in the top tier, we don’t want to be down there scrapping relegation. I think Tim has assembled a decent squad for this season.

“We’re going to do as well as we can. Again personally, I need to score goals, that’s my job so that’s what I’ll be there to do, I’ll be looking to get as many as possible.

“Hopefully so,” Corcoran said, on whether his arrival will be a benefit to the young players in Tim Clancy’s squad.

“I think this is my thirteenth season in the league. Tim was explaining to me how young the squad is and how new they are to the league, some of them haven’t played in the Premier Division before.