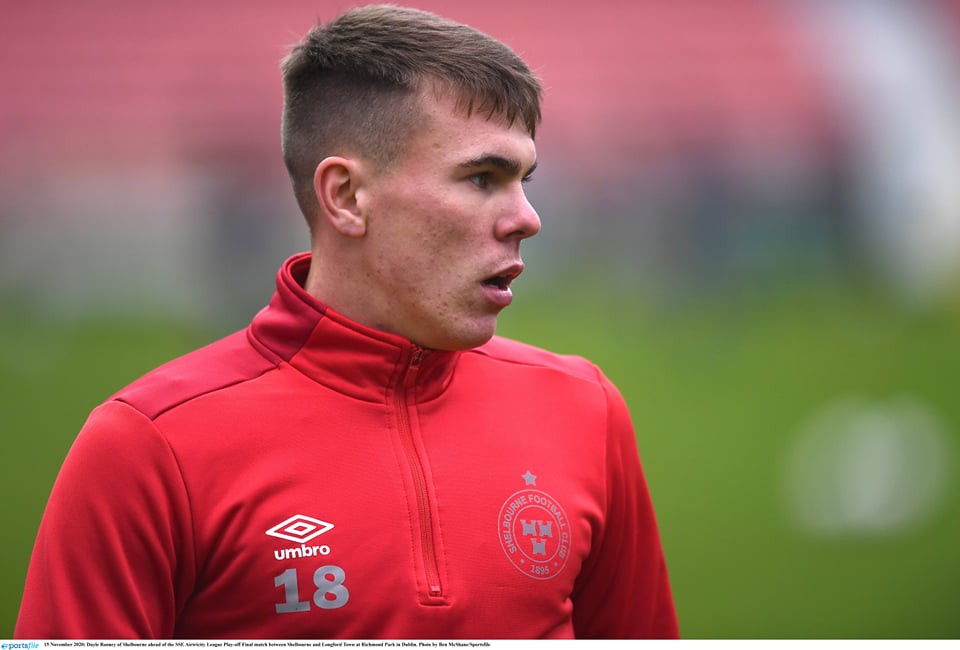 Drogheda United are delighted to announce the signing of Dayle Rooney from Shelbourne.

Rooney is the third new addition to be announced for Kevin Doherty’s 2022 Premier Division squad.

Dayle was promoted to the senior squad by manager Owen Heary in 2017 and went on to make 26 appearances in all competitions in his debut season.

Rooney has spent the last five seasons at Shels, winning two First Division title, including this season and has over 100 senior appearance to his name.

“As soon as I seen Kev being announced, and Daire coming in aswell, I thought it’d be an opportunity because I’d left Shels, I’d been there for five years. Over that time, I’d met Kev, and Daire, I’d played a year with, so I know them both personally.

“Then Saturday evening, Daire called me and said they were interested, him and Kev. I met up with Kev then and had a good chat, about next year, it’s an exciting club. The bigger picture, they want to go another step from last year. They had a great year obviously, so I was interested, and I’m delighted to sign now,” Rooney said.

“I want to come in, have a good year and play consistently at the level I believe I can. Hopefully affect the team on the pitch, get goals and create goals and hopefully that helps us towards our team goal.

There is already another familiar face at Drogheda for Rooney as Dylan Grimes played alongside Rooney at Shels for a spell.

“I know Dylan since we were kids, came up from schoolboys. I was chatting to him, I’m delighted to link back up with Dylan aswell, he’s a great lad and player,” the winger explained.