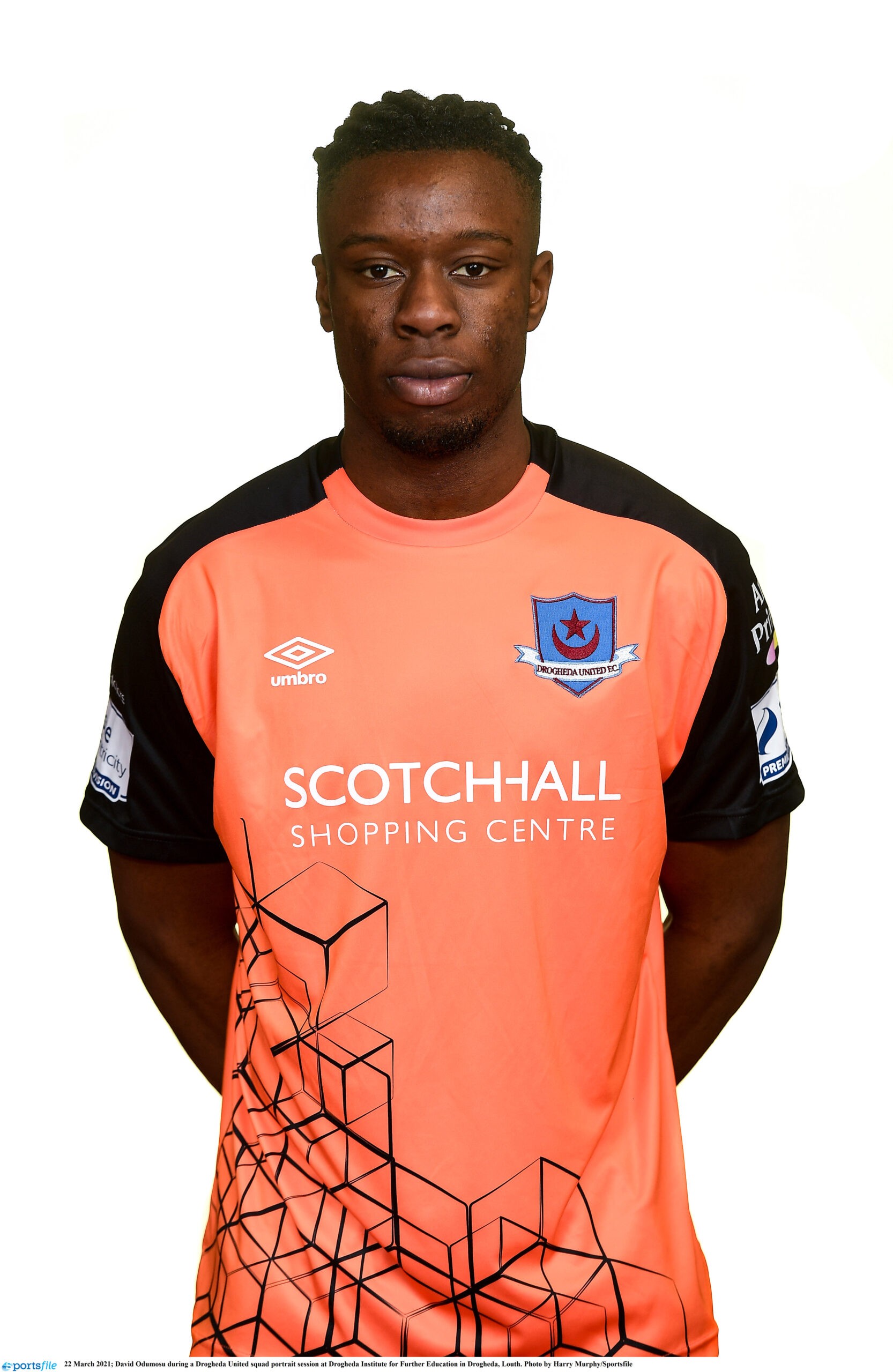 Odumosu was the 16th player to be announced from Tim Clancy’s 2021 Premier Division squad.

The goalkeeper joined Drogheda from Dundalk ahead of the 2020 season after previously playing for the Lilywhites underage sides.

Odumosu made his league debut on the opening night of the season away to Cobh and would go on to play in all 18 league games, keeping six clean sheets.

David was also nominated for the SSE Airtricity League / SWAI Goalkeeper of the Year award alongside Shamrock Rovers Alan Mannus and Sligo Rovers Ed McGinty for his performances in 2020.

“My reason for signing back was just how much I enjoyed last season and given the opportunity to play in the Premier Division, it’s something you can’t turn down.”