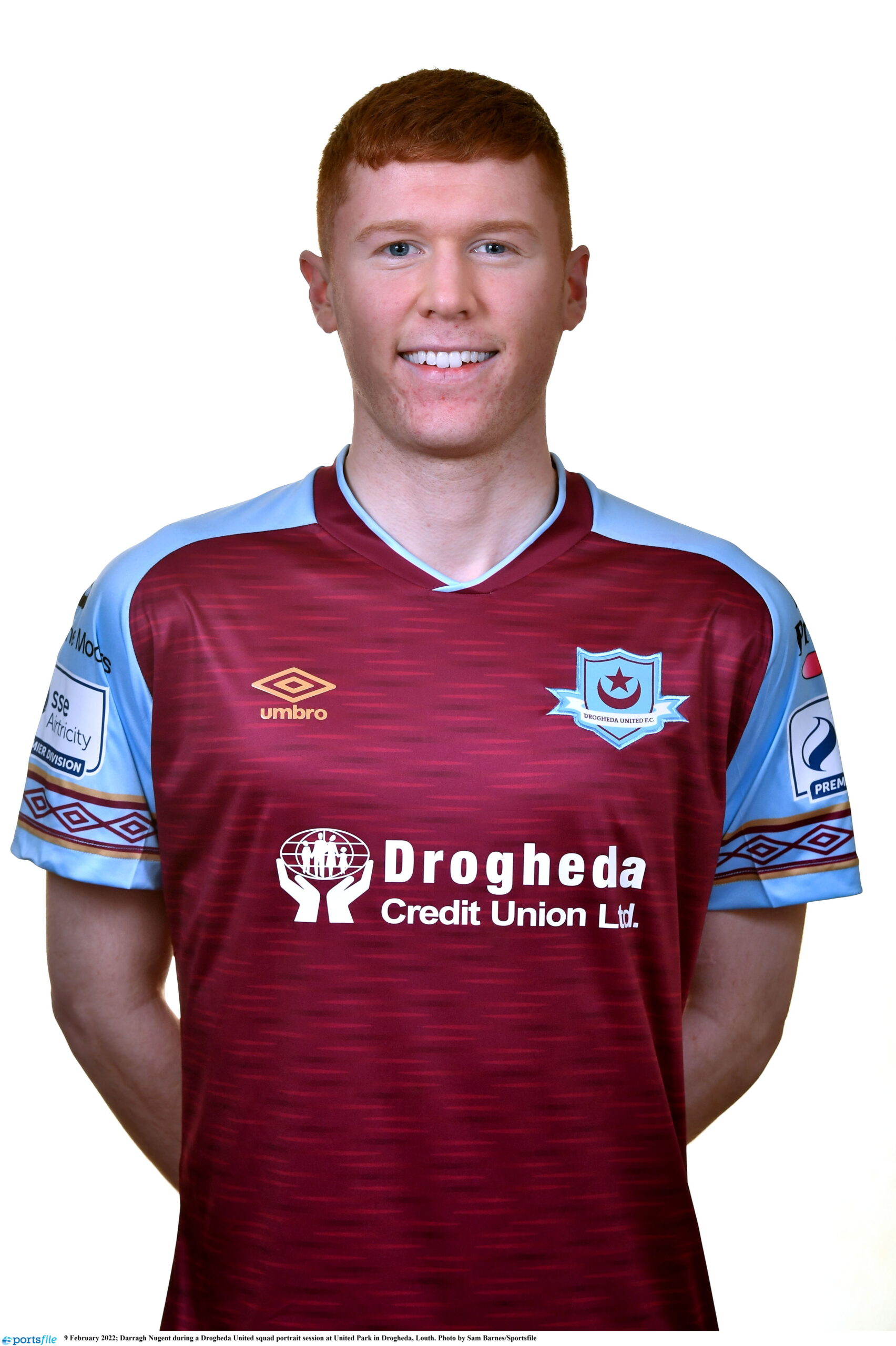 Nugent joined Rovers in 2019 from UCD and in his debut season for the Hoops, played for their U19 side that won the Enda McGuill Cup, while also featuring in the matchday squad for the senior team on a number of occasions.

The 2020 season saw Nugent be a regular in midfield for the Shamrock Rovers II side in the First Division while also making his first three appearances for Rovers first team in the Premier Division and FAI Cup.

His debut came in a 2-0 win away to Finn Harps in November 2020 while he was also on the bench for the FAI Cup Final against Dundalk.

Darragh was regularly involved in the Rovers matchday squad in 2021 and made four appearances in wins over Derry, Harps and Waterford (twice).

Nugent joined Longford Town on loan in July for the remainder of 2021 and went on to make fifteen appearances.

His debut for Longford came in the 1-1 draw at Bishopsgate against Drogheda, with his first senior goal coming in a 5-0 FAI Cup win over Bangor GG.

In December 2021, Nugent joined Drogheda on a season-long loan from Shamrock Rovers.