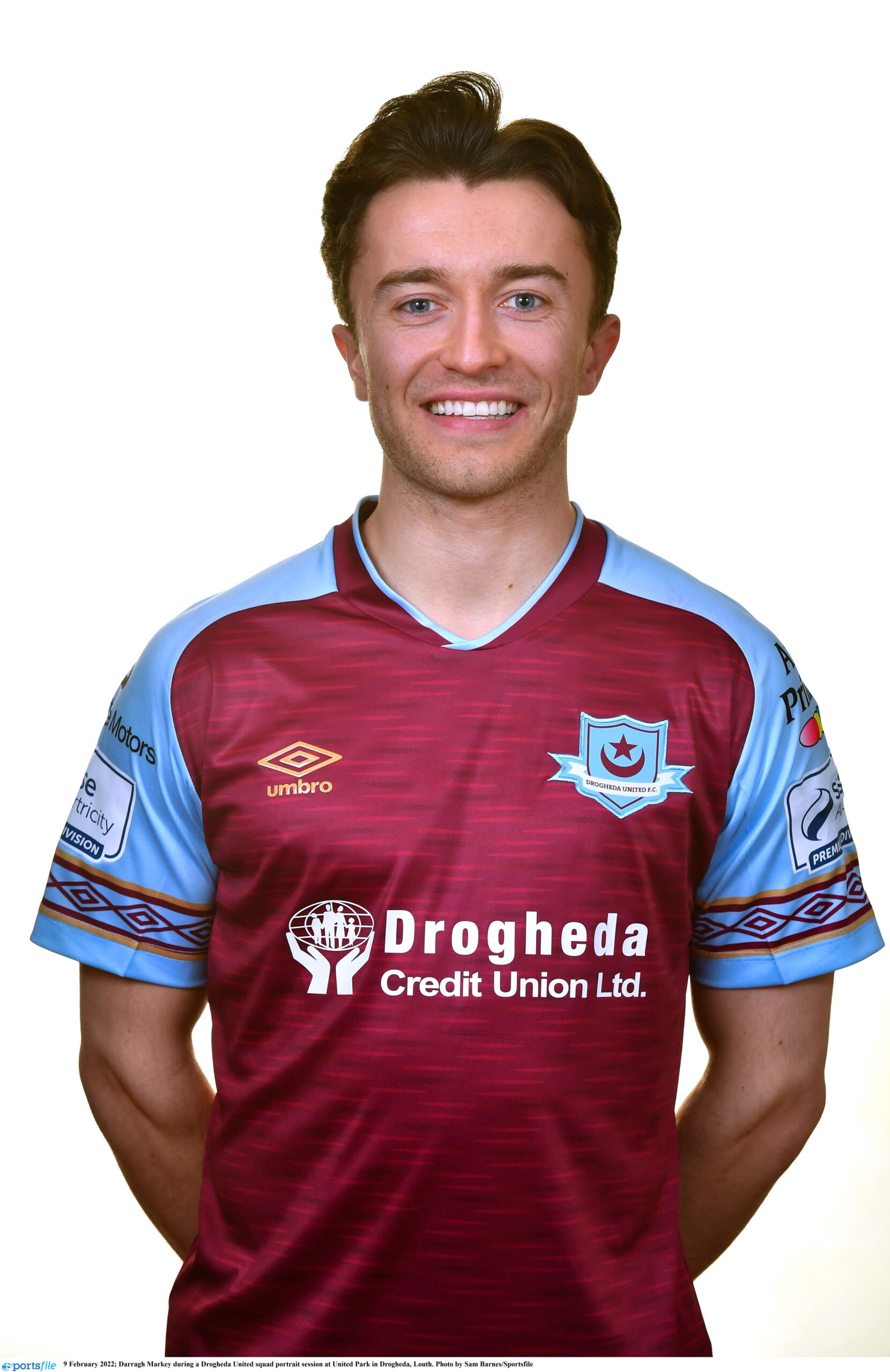 The midfielder played for Cherry Orchard before joining St. Patrick’s Athletic at underage level in 2014.

Markey made his debut for the Saints senior squad in the Leinster Senior Cup in 2015, also making four league appearances that season.

Darragh continued to progress with the Saints’ and was named their Young Player of the Year in 2017 and signed a new two-year-deal in 2018, to keep him at the club until the end of the 2020 season.

Markey was an ever present for Drogheda in 2021, making 36 appearances in his first season at the club and scoring three times, in wins over Waterford, Finn Harps and Longford Town.