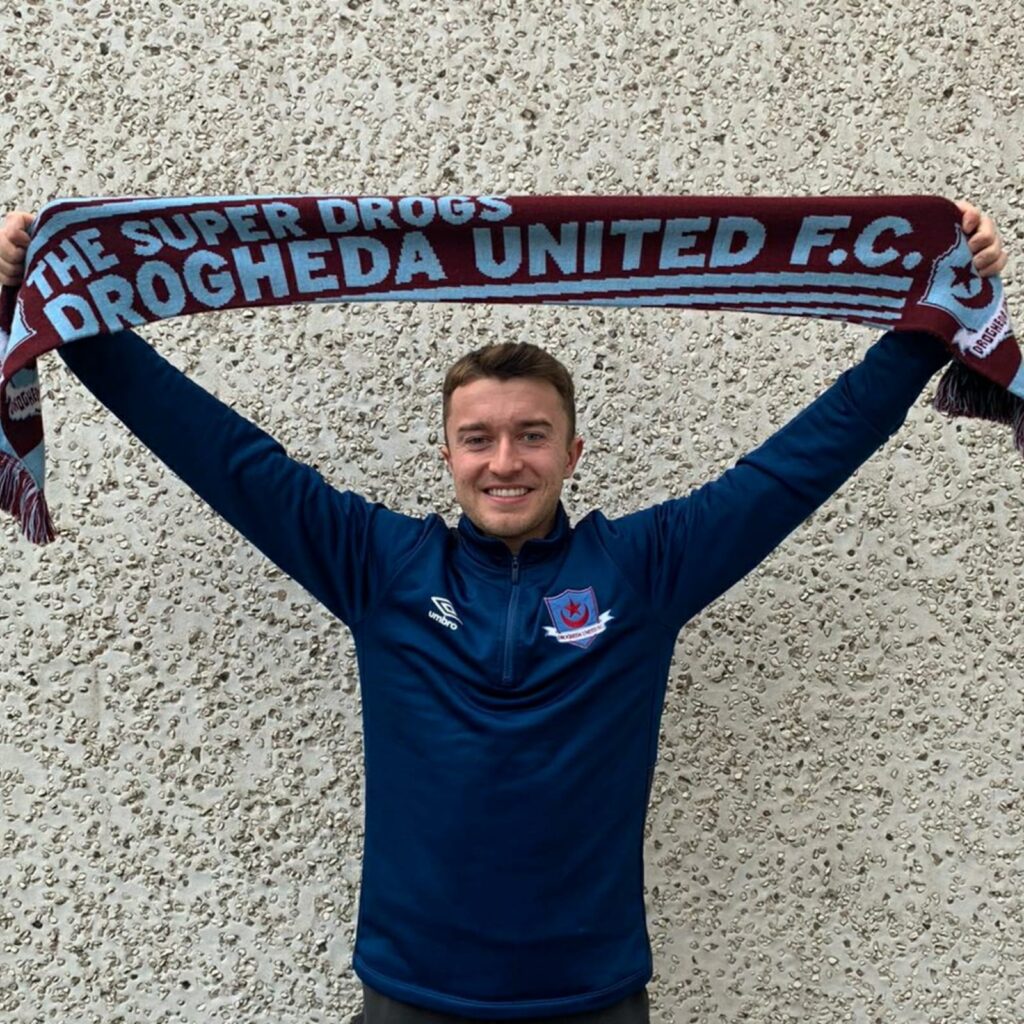 Drogheda United are delighted to announce the signing of midfielder Darragh Markey from St. Patrick’s Athletic.

Markey is the 14th player, and first new addition to be announced from Tim Clancy’s 2021 Premier Division squad.

The 23-year-old played for Cherry Orchard before joining St. Patrick’s Athletic at underage level in 2014.

Markey made his debut for the Saints senior squad in the Leinster Senior Cup in 2015, also making four league appearances that season.

The midfielder continued to progress with the Saints’ and was named their Young Player of the Year in 2017 and signed a new two-year-deal in 2018, to keep him at the club until the end of the 2020 season.

“I suppose it was over the last two years or so, I’ve lost the love of the game. I’ve stopped kind of enjoying it. I think a fresh start was needed.

“Five to six years was great at Pats, really had some good memories but now I just need to get back enjoying it and Drogheda seems like a great place for that,” Markey said.

“It was actually something different for me this year. Normally I’d have it sorted by now, even before the season ended with Pats but I was out of my comfort zone a bit.

“But to get it done, and it’s not even December yet, I can just prepare now for the new season and just get my mindset ready now.

“Conor Kane was talking to me a fair bit, telling me all good things about the place, and about Tim. That played a big role in making my mind up, I grew up in the same school as him even.

“Other than that, I know Jack Tuite, he didn’t come through the Pats ranks, I played with him at Cherry Orchard schoolboys.

“Tim is adamant that we are going to compete next year, that’s the main goal next year. Individually, it’s just to get back playing and get back enjoying it.

“Tim is emphasising on players expressing themselves and giving us freedom so hopefully that can benefit us all next year,”  Markey explained.