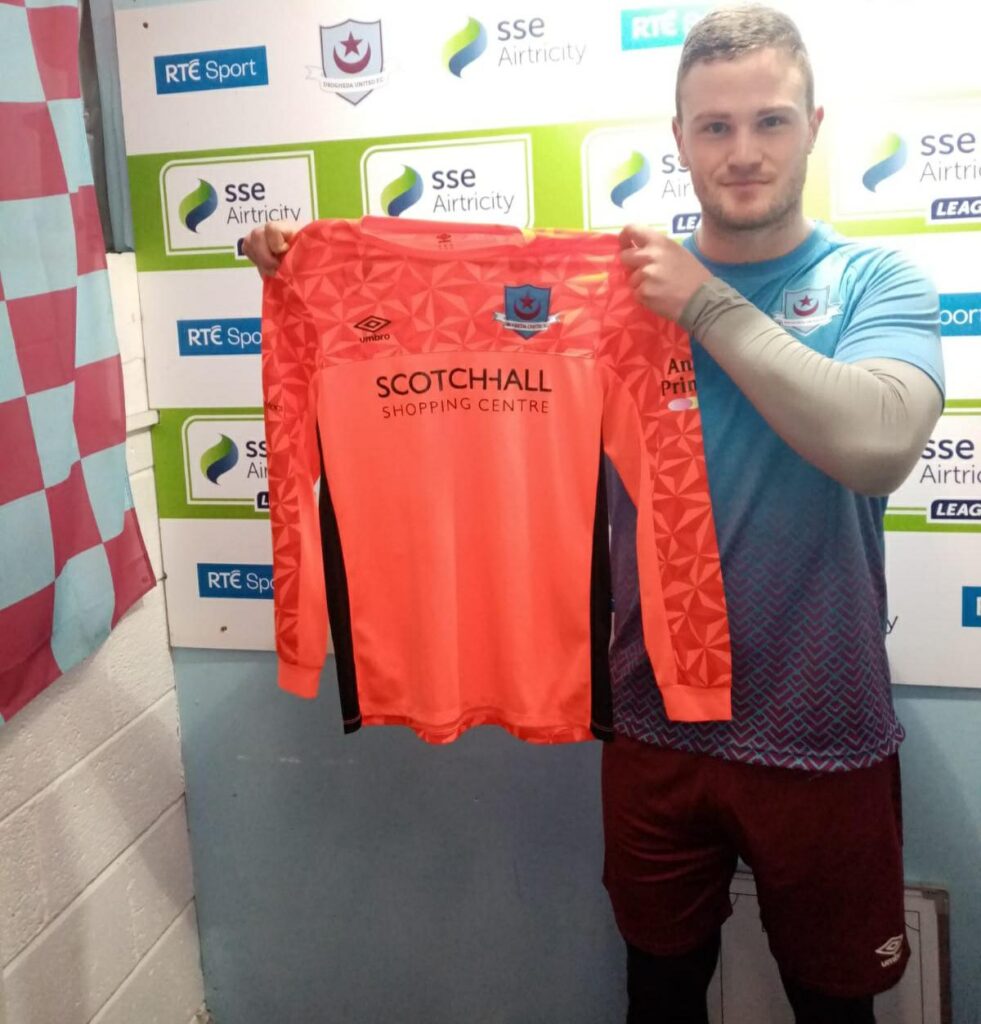 Drogheda United are delighted to announce the signing of goalkeeper Colin McCabe from Shelbourne.

McCabe is the 19th player, and fifth new addition to be announced from Tim Clancy’s 2021 Premier Division squad.

McCabe returned to Ireland in 2017 and signed for Bohemians in August, before re-signing for Keith Long’s side ahead of the 2018 season.

The goalkeeper then made the move to Shelbourne ahead of the 2019 season and kept 12 clean sheets in 21 appearances as Shelbourne were promoted to the Premier Division.

Colin re-signed with Shelbourne in 2020 for the shortened Premier Division season and now makes the move to Drogheda, reuniting with Drogs’ goalkeeper coach David Bourke, who he previously worked with at Shelbourne.

“The end of the season, I found myself looking for a club. There were a few clubs interested. I spoke to Tim, I spoke to Kev and I obviously spoke to Bourkie who I had previously worked with at Shelbourne.

“They told me what they wanted to achieve this year and it seemed what I wanted to do as a player aswell off the back of Drogheda getting promoted.

“I was used to the environment of Shelbourne getting promoted aswell. It seemed the right move and I’m happy to be at the club,” McCabe said.

“So, I’d know some of the faces which always makes it easier when you are going into a new changing room, a new team so it’s nice to have a few faces in the changing room that you know.

“Obviously, when I was talking to them, we were planning to start pre-season this week. The season that happened last year, you don’t know what’s going to happen, what’s around the corner.

“It gives us time to just get ready, gives us as players two or three weeks to maybe do a bit more, in terms of running ourselves before we hit the ground running and hopefully, we can start pre-season in February and the season won’t be pushed back any further.”

McCabe is the second goalkeeper in Drogheda’s 2021 squad, alongside 2020 Fans’ Young Player of the Year David Odumosu.

“First of all, I have to respect David (Odumosu). He had an excellent season last year. The manager has been quite honest with me, to come in and compete.

“Ultimately, whoever plays is going to benefit the team and we’ll try and win as many games as we can this year. I haven’t set myself a target as such, but I just want to come in, put my head down and work really hard.”