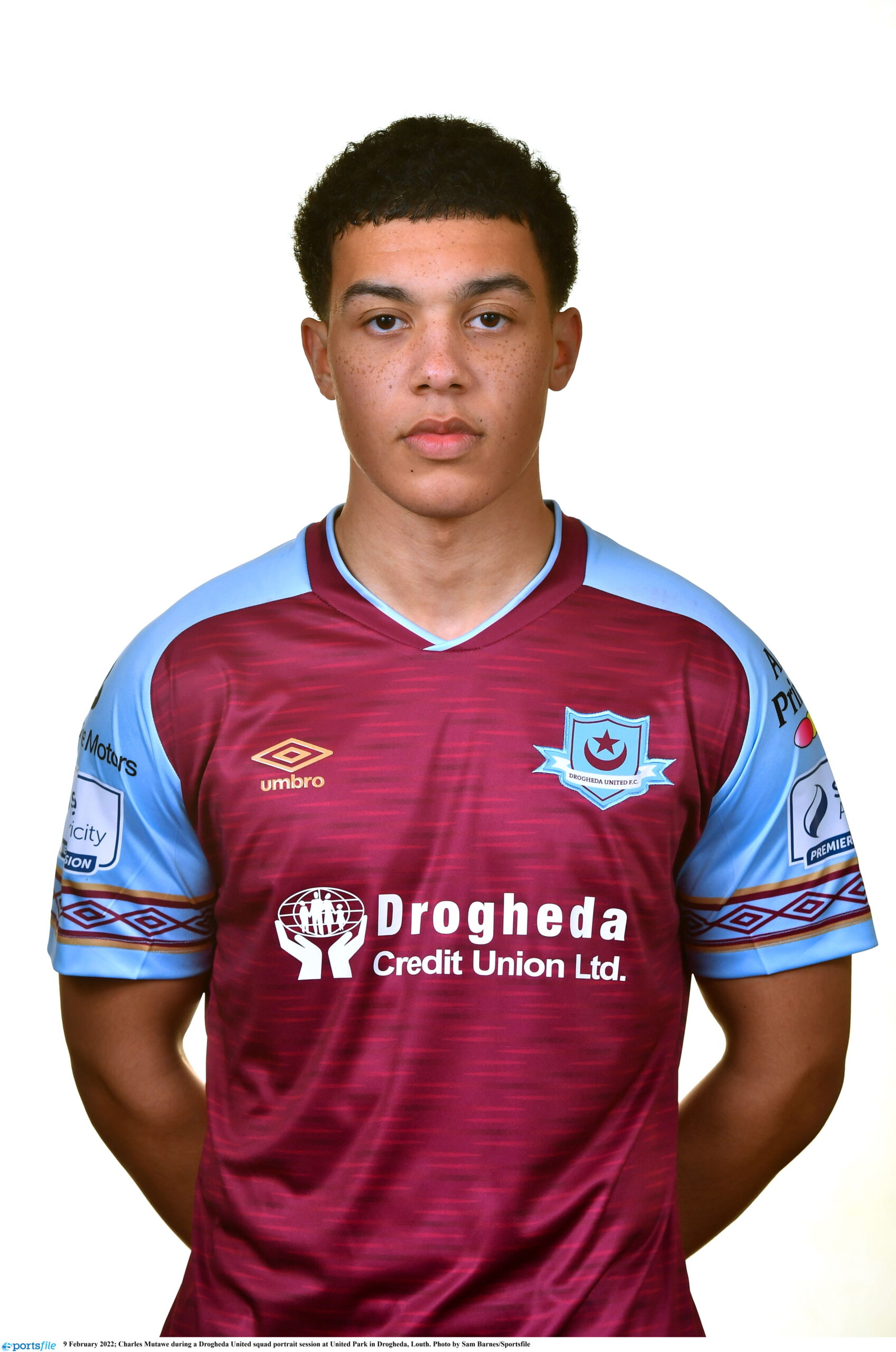 Charles previously played for St. Patrick’s Athletic at underage level before joining Shelbourne. While playing for Shels U19 side, Charles was also in the first team squad in a number of friendlies and cup games.

His first appearance for Drogheda’s first team came in a 3-0 win over Shelbourne in pre-season before his senior league debut in the 7-0 win over Waterford.

Mutawe was also a member of Gavin Fleming’s U19 National Shield winning side.