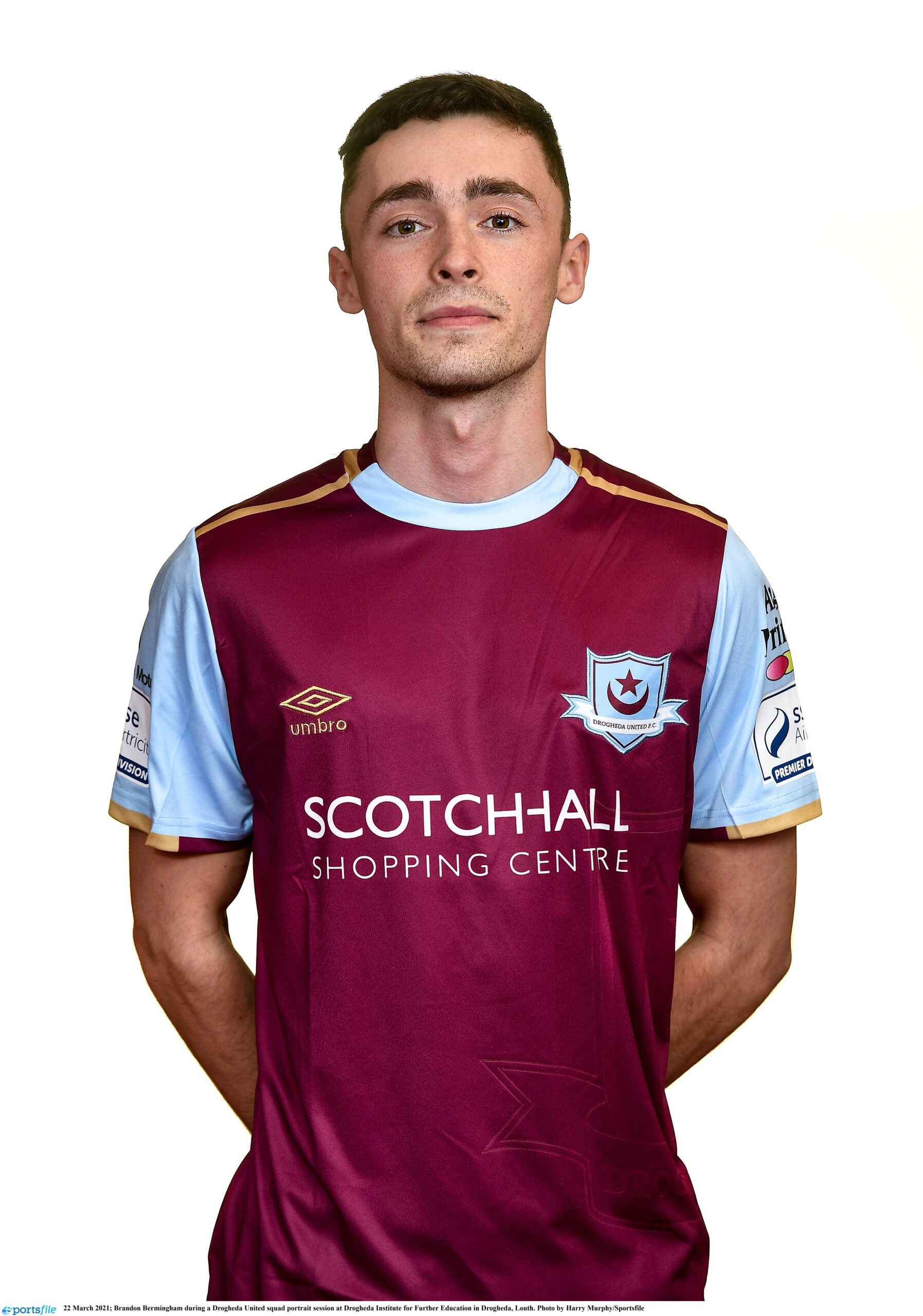 Bermingham was the tenth player to be announced from Tim Clancy’s 2021 Premier Division squad.

The forward joined Drogheda from Bohemians in November 2019 after scoring 14 times at U19 level and featuring in the UEFA Youth League for the Dublin side.

Brandon’s first full season in senior football saw the forward score five goals in 17 appearances for his local side.

The first of those goals came in a 2-2 draw against Shamrock Rovers II, a goal which was voted as Drogheda United Fans’ Goal of the Season for 2020.

August 2020 also saw Bermingham nominated for the 2019 Schools International Player of the Year at the ‘Three’ FAI International Awards.

“Signing back was an easy decision to be honest. Last season was brilliant for me individually and as a team.”