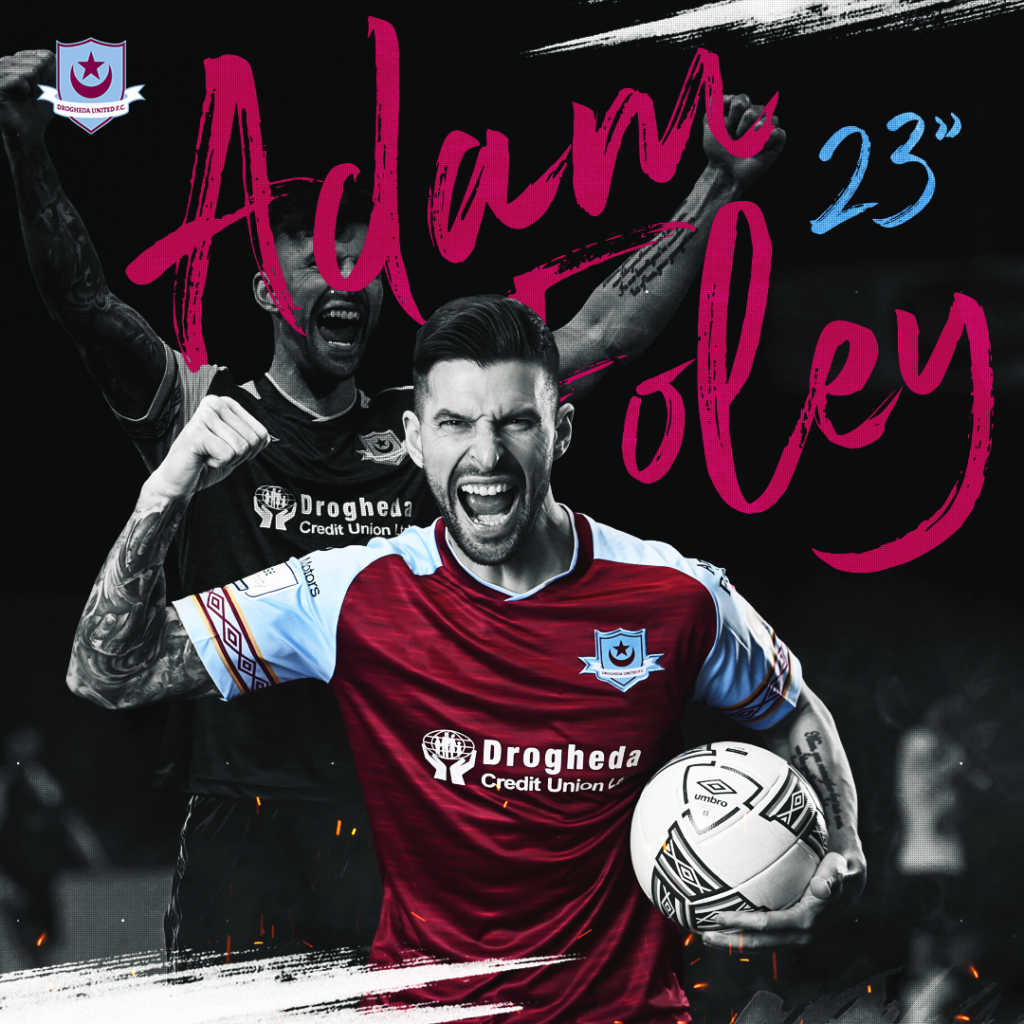 Drogheda United are delighted to announce that Adam Foley has signed a new deal for 2023.

Foley joined the club ahead of the 2022 season from Finn Harps, where he had played since August 2020.

The 32-year-old made 24 appearances during the 2022 season, scoring three goals.

The first of those goals came against his former club Finn Harps, as ten man Drogheda came from behind to win 3-1, with Foley scoring Drogs second of the game before assisting Darragh Nugent for the third, both in injury time.

“I’m delighted to be signed back. I spoke to Kev throughout the season and again shortly after when we sat down and got it sorted. I was delighted to get it over the line and I’m looking forward to pre-season now and looking to kick on from where we were this year.

“It was great to be a part of it, in my first year here. The objective was to stay in the league which we done, with four or five weeks to go. The team objective was achieved which was great,” Foley said.

“The fans, the club and the people looking after us, they were great with me all year, anything I needed, Niamh in particular was always there to help out. Then on the pitch the fans had a great impact, making a great atmosphere every week, particularly at home games which we loved but they travelled in great numbers too.

“Personally I wanted more games under my belt but I got two bad injuries that hampered me whenever I got some momentum going. I’m looking forward to having a good pre-season, keeping myself right and playing as many games as possible.

“I think this year I only played 24 games so I missed a fair chunk with my hamstring shortly after the Dundalk game and my knee injury after the game against Shamrock Rovers towards the end of the season.”

“I know there’s more to come aswell, so it’s looking forward to seeing who else comes in to add to what we have and try and build off last season. It’s a great club, a club that should be on the up and hopefully we can be that group that can take it there.

“It’s going to be tough, we know there’s a lot of full time teams in the league but we done it last season and we’ll look to kick on from what we done.  Teams didn’t like playing us at home, we made it a difficult place so we want to continue on and try and improve our away form too.”