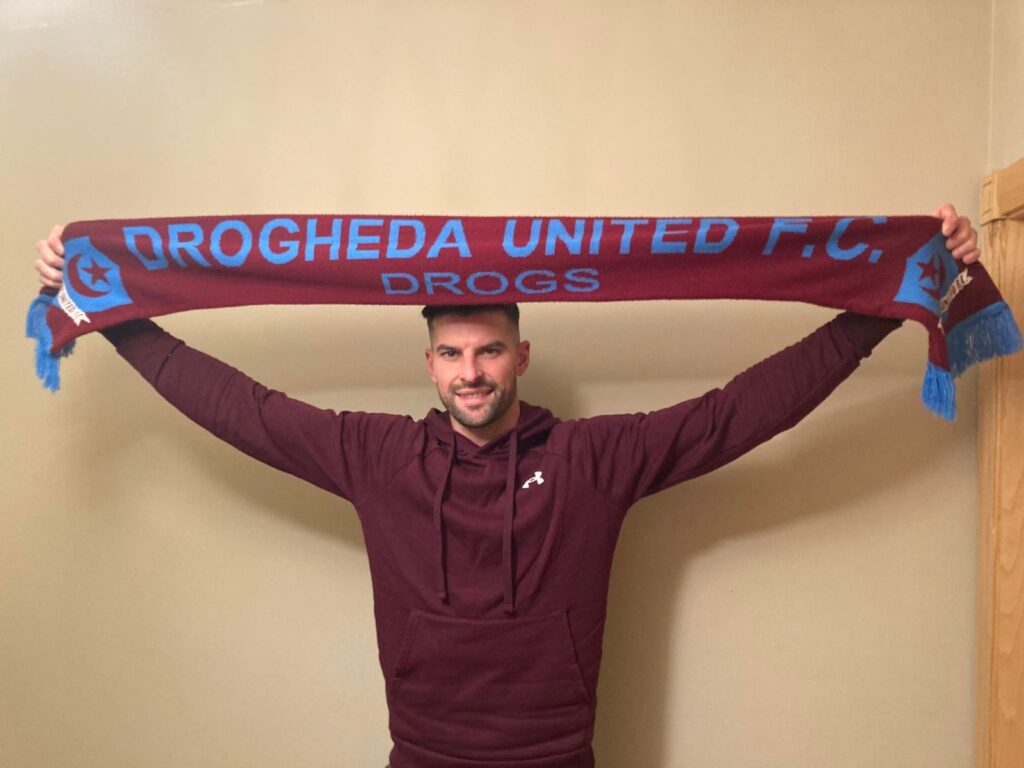 Drogheda United are delighted to announce the signing of forward Adam Foley from Finn Harps.

Foley is the first new addition to be announced for Kevin Doherty’s 2022 Premier Division squad.

The forward, who finished the season as Harps second top scorer in 2021, previously spent time playing for Glenavon, Portadown and Newry City.

Foley joined Harps in August 2020 from Newry City for his first spell in the League of Ireland, and went on to score twice in three starts, including an important winner against Waterford on the last day of the season to keep Ollie Horgan’s side in the Premier Division.

The 31-year-old scored eight goals for Harps in 2021, only behind Tunde Owolabi in Harps goalscoring charts, with a brace against Dundalk and a late winner against Derry City in the North West Derby among his goals.

“It could have happened years ago with Kev, I was up North at the time. I remember talking to Kev when they first went in, and it just didn’t get done at the time, it was the wrong timing for me.

“I’ve been speaking to them for the last while and I’m just happy now that we got it done and looking forward now to next season,” Foley explained.

Foley had options to play in Northern Ireland again but having recently moved to Drogheda, and enjoyed his experience in the League of Ireland, the move to Drogheda suited perfectly.

“The League of Ireland for me, is a lot tougher. Good standard of players, a better experience I feel down here than up North so it was definitely something I wanted to stay involved in.

“I had options to go back up North but being in the League of Ireland the last 18 months, 2 seasons, I wanted to remain here.

“It was a huge factor aswell. I just moved to Drogheda from Balbriggan a few months ago so to sign now with Drogheda, and it just up the road. I’m 32 next week, so not having to do that travel will hopefully be a relief on the body, it’s a long drive up there to Ballybofey, three times a week,” Foley said.

“I just want to pick up from where I was last season. Keep on working hard and chip in with goals, help the team, whether it’s scoring or assisting, contribute as much as I can to help us get points on the board and take it from there.

“I know the lads had a great season last year, and just looking to build on that. But personally, for me, getting in, contributing to the team and helping out as much as I can, and just looking forward to playing in Drogheda.”