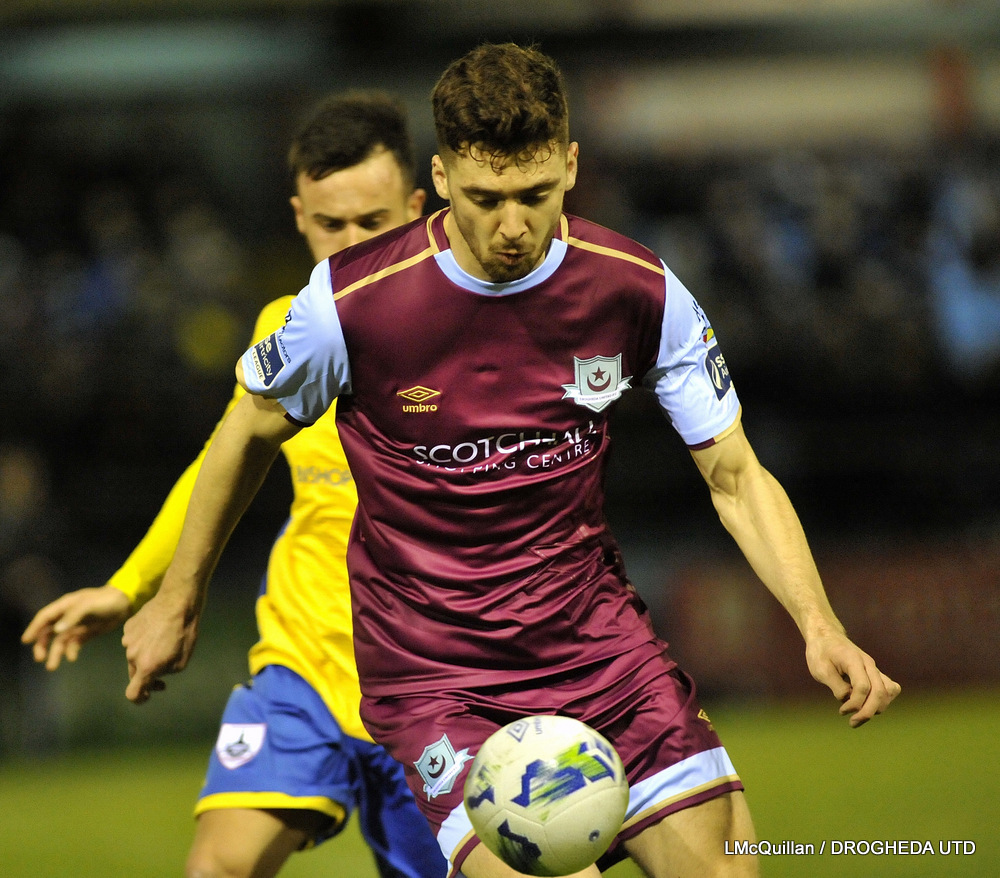 In a squad of 24 players in the 2020 squad, there are 7 new signings and 3 players who were playing with the underage sides last season.

Ross Treacy – Goalkeeper Ross Treacy signed in December from Dundalk. Manager Tim Clancy got in touch with the keeper following the 2019 season with Treacy calling the decision to join Drogheda a “no brainer”. Treacy previously had a spell in the UK with Swansea City before joining Dundalk where he trained with Gary Rogers and Aaron McCarey under the management of Stephen Kenny and then Vinny Perth.

The 22 year old centre back made 49 appearance across two seasons (30 in 2019) with Cabinteely and scored in Cabinteely’s penalty shootout win over Longford in the playoffs last season.

Derek Prendergast – Prendergast became the tenth member of the 2020 squad when he signed in November from First Division champions Shelbourne.

Prendergast will be one player well known to Drogheda fans, having previously played for the club under Mick Cooke in 2012 & 2013. ‘Del’ was captain for the 2013 season as Drogheda reached three cup finals and played Malmo in the Europa League.

“To get going is the biggest thing now, to help this team progress and push on from the achievements last year. The team, the club, it looks like, from off and on the field, they are really striving in the right direction,” Douglas said after signing for the club.

Richie O’Farrell – 19 year old Richie O’Farrell signed in December from UCD after making 33 Premier Division appearances for the Students in his first season of senior football in 2019. O’Farrell previously played for St. Pat’s at underage level and has also represented Ireland at U17 and U19 level.

“Last year was a great learning experience for me coming out of U19 football, but I feel ready to step into a more senior environment now and I think my style of play is suited to Drogheda.”

David Odumosu – 18 year old goalkeeper David Odumosu was signed from Dundalk, further bolstering Tim Clancy’s options in net. The teenager has impressed to date and played more minutes than both Luca Gratzer and Ross Treacy, who both suffered injuries in pre-season.

Also an Irish Schools International, Odumosu was handed a first competitive start against Cobh in the league opener last week, keeping a clean sheet in a 2-0 win.

Brandon Bermingham – “I’m just delighted to sign for the club. I remember going to matches when I was younger and it’s a great place for football.” The 18 year old forward from Duleek has been impressive during pre-season and made his competitive debut off the bench in Cobh.

Signed from Bohemians, Brandon scored 14 goals at U19 level last season while also featuring in the UEFA Youth League. 2019 also saw Bermingham get on the scoresheet in games for the Republic of Ireland schools side against Australia, Scotland and Wales.

Kevin Mohammad, Frank Cabraley, Jack McCarthy – Three underage players have also featured throughout pre-season. Kevin Mohammad (centre-half) and Frank Cabraley (midfield) both featured strongly for the U19’s last season as they reached the National League semi-finals. Young goalkeeper Jack McCarthy, who played for the U17s last season, has also featured in pre-season, and also travelled to Cobh with the side for the league opener last Saturday.